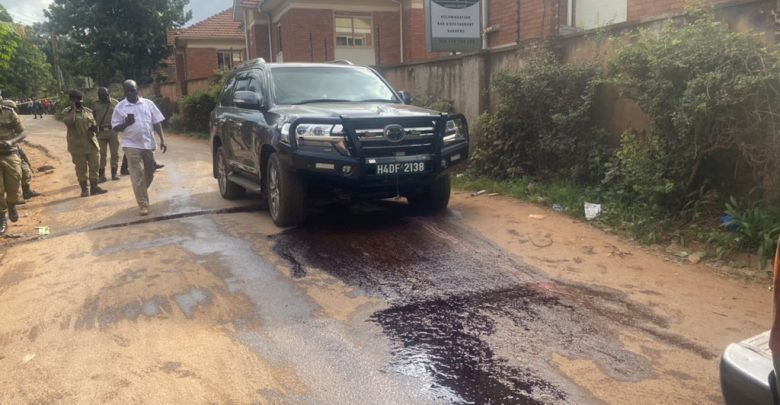 An additional five suspects in the attempted murder of Works and Transport Minister Gen Edward Katumba Wamala have Thursday been arraigned before court and charged.

The quintet is believed to be highly connected to the targeted shooting that caused the double murder of Nantongo Brenda Katumba and SGT Haruna Kayondo and the attempted murder of Gen Katumba Wamala and SGT Khalid Kuboit his body guard on Tuesday June 1st.

Their arraignment follows a motion filed by their defence lawyers to have them produced in court following their arrest more than a week back.

They were presented before the Chief Magistrate’s court in Nakawa and charges with one count of Terrorism, two counts of murder of Nantogo Brenda Katumba and SGT Haruna Kayondo and two counts of attempted murder of Gen Katumba Wamala and Sgt Khalid Kuboit.

This now brings the number of accused and charged persons to seven, including Ssembula Hussein Ismail alias Imamu Muto, a 38-year-old bodaboda rider of Nakuwade Village, Wakiso District and Nyanzi Yusufu Siraje a 46-year-old herbalist and resident of Kyanja Village.