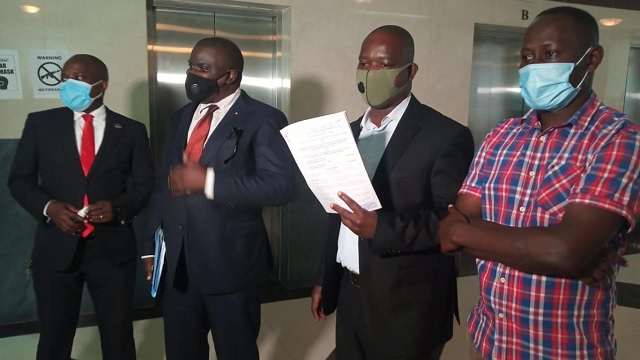 They want the high court to declare that Mbarara University of Science and Technology –MUST holds the right to the patent of Covidex and not Jena Herbals Uganda Limited, which is listed as the second respondent to the suit.

Professor Patrick Ogwang, the head of Pharmacy at Mbarara University of Science and Technology and the mastermind of Covidex is the proprietor of Jena Herbals Uganda Limited. The applicants also argue that the decision authorizing Jena Herbals Uganda Limited to produce, sell and distribute Covidex is prejudicial to public interests and the taxpayers.

The evidence before the court shows that on June 14th 2021, Mbarara University of Science and Technology in a statement signed by the Vice-Chancellor Professor Celestino Obua clearly stated that the University is the intellectual property holder of Covidex since its research and development was done through its laboratory with funding from the Government of Uganda and a loan obtained from the World Bank.

In his affidavit supporting the application, Kasibante argued that the Property Act 2014 is clear on any innovation produced by government employees in the court of their duties.

“As a former member of Parliament, I’m aware that in 2014, we enacted the Industrial and Property Act, and under section 20 (5) and (7) of the said Act we enacted that once an employee in the course of his duties innovates anything or any work, the patent belongs to the employer”, reads Kasibante’s affidavit in part.