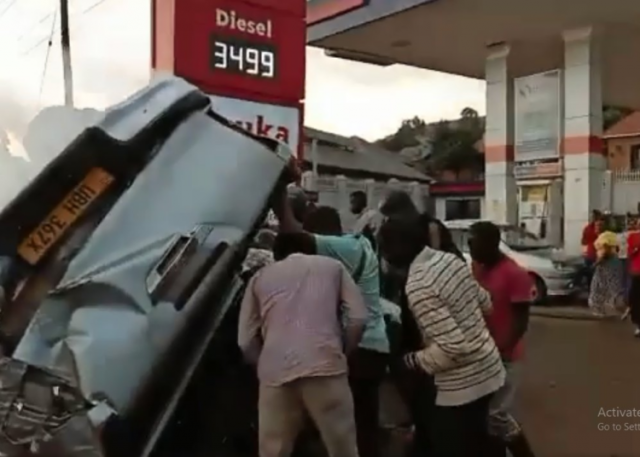 According to an eyewitness only identified as Kiyimba, Kenzo was travelling in a Toyota Hilux UBH 367X with an elderly lady and his car overturned near Stabex petrol station at Maya 13.

Kenzo sustained injuries on his hands and they were both rushed to the nearby health care center at Maya 14.

NBS After 5 presenter douglas Lwanga said through a tweet that his manager had confirmed that Kenzo is out of danger and is being attended to.