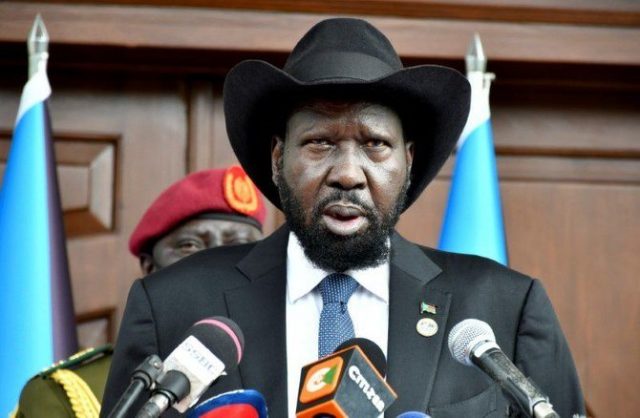 South Sudan’s internet service has been cut off in what looks like a South Sudanese government attempt to disrupt plans for protests.

The government also sent out police forces to take up positions in strategic places in the capital Juba and other major towns.

Cutting off the internet threatens to weaken civil society activists and youth who are trying to build their strength in numbers. Protest organizers have been using social media to mobilize those angry with President Salva Kiir’s government.

Facebook, the most popular social platform in South Sudan, as well as WhatsApp, were restricted on Sunday night, according to protest organizers. But VPN services, which can work around internet censorship, were effective for many users, the group calling itself The People’s Coalition for Civil Action (PCCA) said on its Facebook page.

Iblue Emmanuel, a social media user in Eastern Equatoria State, said: “For me as a student, I use the internet to get information. How can we really learn if there is no internet?”

Paul Lonok, another social media user in Kapoeta town, confirmed that the internet has been cut off in his area. “My social media is not working; it is actually affecting us in terms of communication.”

Meanwhile, Peter Diing, an internet user in Northern Bahr el Ghazal, complained that the internet cut has affected many citizens.

“The internet disruption is affecting me because it is our source of getting information.  People are getting jobs through the internet using mobile phones. Therefore, we are not happy about the suspension of the internet,” Diing said.

There was no word from the telecommunications companies that operate in the words’ youngest nation.

However, Information Minister Michael Makuei was quoted by Eye Radio this afternoon as saying the internet going off has nothing to do with the planned anti-government demonstrations.

“We have a technical problem that the engineers are working on; it has nothing to do with what is happening,” Makuei said.