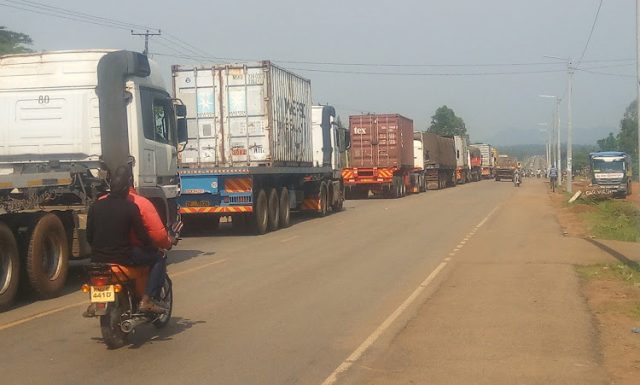 A line of trucks carrying varieties of commodities entered Juba on Tuesday later afternoon, causing a sigh of relief after days of a surge in basic commodity prices.

Deputy foreign minister Deng Dau Malek told Sudan Tribune on Tuesday the drivers have resumed movement after receiving assurance of safety following the deployment of forces to patrol the road.

“There is a new development today. The trucks which were on the Ugandan side of the border have crossed today and some of them have already entered Juba town. I am told they reached this afternoon,” said Malek.

He pointed that prices of commodities will return to normal after the arrival of trucks loaded with different types of basic commodities.

Traders stopped circulating between South Sudan and Uganda to protest the insecurity caused by looting and bloody attacks along the Juba-Nimule Road.

The resumption followed talks and meetings involving South Sudan, Uganda, and Kenya, Ethiopia, and Somalia whose nationals are involved in the movement on the Juba-Nimule Road.

Malek said security forces have increased their deployment along the road to prevent the attacks.