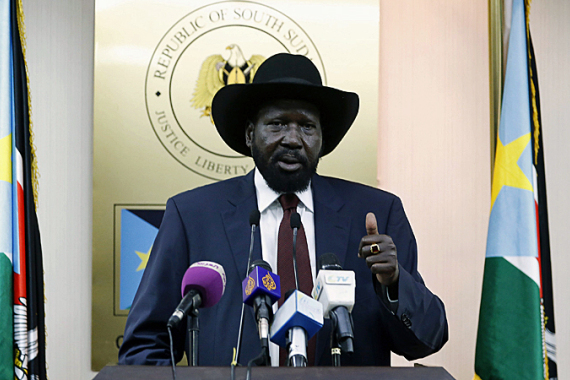 Deng previously served as minister in the office of the president.

The presidential spokesman Ateny Wek Ateny said it was a constitutional prerogative of the president to appoint and replace officials mandated to provide services and advance the policy of the government in a way that would bolster its image globally.

Deng had previously held other positions including representing a political constituency in Tonj North, Warrap State, at the national legislative assembly.

He first gained the trust of the leadership and the president in 2016 as the minister of presidential affairs after restructuring of the ministries as part of the stipulations of the 2015 and 2018 revitalized peace accords required to establish a transitional government.

Deng was one of the two officials appointed in February 2020, when the parties were still negotiating how to share cabinet positions to help the president in negotiation.

He was later removed and replaced with Nhial Deng Nhial after the president accused the former of having played a role in a failed oil-for-roads contract between the government of South Sudan and the Republic of China through a Chinese company, Shandong Hi-Speed Group Co., Ltd (SDHS).

Deng is a close ally of the director general of the internal bureau of the national security service, Akol Koor Kuc, who is an influential figure in Kiir’s administration.

Multiple sources at the ministry of foreign affairs and several others at the presidency say Kuc and the presidential adviser on security affairs Tut Gatluak Manime played key roles in ensuring Deng returned to a position of influence in government.