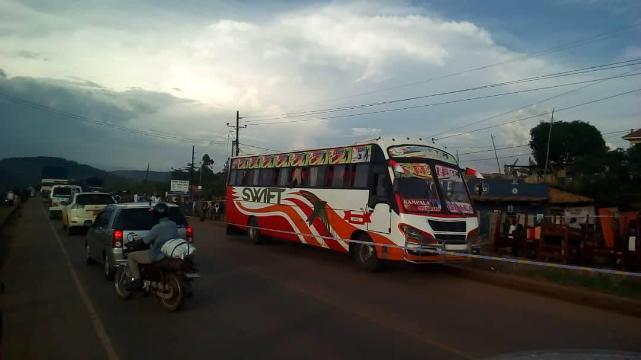 At least one person is feared dead and scores injured following an explosion in a Bushenyi bound Swift Safaris Bus, Reg No. UAU 989T.

The incident, according to preliminary reports happened at Lungala in Mpigi District along the Kampala Masaka Highway.

Greater Bushenyi Regional Police Commander Mwanga Kitiyo is believed to be among the causalities.

This comes barely two days following a bomb attack on a Pork Joint in Komamboga, Kampala on Saturday night.

Police is yet to make an official comment about the cause of the explosion or whether it’s another act of terror.

But Police Chief Political Commissar AIGP Asan Kasingye has called upon bus drivers and operators to be vigilant as they exercise their duties.

“Bus operators, please don’t relax. Check every passenger and their goods before they embark,” he said on Twitter.