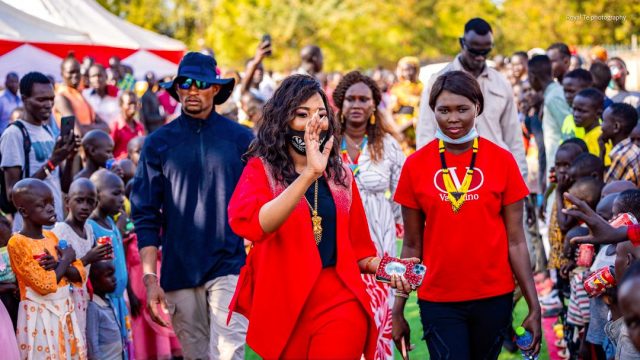 South Sudanese moneybags Achai Wiir reached out to and made donations to prisons and orphanages as she celebrated her birthday over the weekend.

Wiir who is who became a millionaire before the age of 30 is not new to philanthropy as she has always given back to society and the people she believes have positively impacted society.

Valued at about $160m net worth, the South Sudanese businesswoman didn’t throw a big bash for her birthday but instead visited Juba Central Prison where she distributed food items and paid another visit to Straight Link Orphanage Center and Peace Mercy for Development organization where she also supported their works.

Wiir who owns a chain of businesses in Uganda, South Sudan, Kenya, Congo and South Africa considers herself a revolutionary who has used philanthropy to reconcile South Sudan with neighboring states.

See photos from the visits