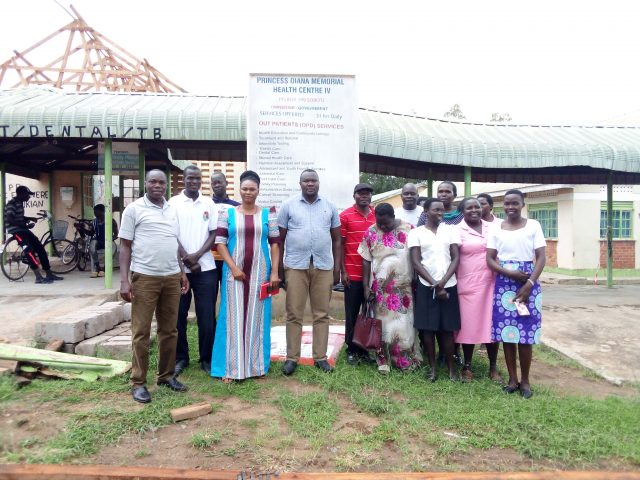 Staff at Princess Diana Health Centre IV in Soroti City are currently being accused by patients and attendants for allegedly extorting money from them (patients).

The staff according to information received by The Tower Post have been charging patients Uganda shillings 3,000 to 5,000 to access a manila file that is supposed to be sold at 500/=.

The staff is also accused of extorting patients or their attendants’ money for keeping their bicycles or motorcycles shillings 1,000 each person without clear records on how the money is being utilized.

Our intelligence team has learnt that the money charged for motorcycles and bicycles is not remitted to the health facility accounts but it’s being shared amongst staff.

We have also established that the staff at Princess Diana always ask expectant mothers to provide them with liquid shop and jik for them to get attended.

The staff at the facility is also in trouble for perpetual absenteeism and abuse of office as some health workers are being accused of being rude to their clients.

Like on Friday, there was no presence of the staff at the facility from 08:00AM to 01:00PM and no patients were attended.

We have since established that one Dr. Ojur who was supposed to lead the team of Friday was absent without consent of his supervisor Dr. Alfred Anyonga who also arrived at the facility late.

Our underground team has also learnt that despite of extortion and absenteeism, some staff have left the facility for juicy jobs including the health Centre In-charge and non-medical staff.

Joan Alobo the Soroti City Woman MP while also in a visit to the facility on Friday was shocked to find out that most staff who were expected to be on duty were not present.

She also learnt during her independent visit that most staff are earning salaries without reporting for work while others are extorting cash from clients (patients).

She has promised to conduct parallel Investigations into the mess at the health facility yet the said workers are earning taxpayers money.

Benesa Edwin the Deputy Residents City Commissioner for Soroti City East Division has called on the staff at Princess Diana to stop from extorting money from clients.

He called on Dr. Anyonga to act against the errant staff so as to bring sanity to the facility.

“Our People deserve to get quality services,” He said.

Dr. Alfred Anyonga the Clinical Officer at Princess Diana and the current in-charge of the facility acknowledged most of the labelled allegations against the medical staff as true and promised to handle with out most care.

He also asked the affected clients to report such medical staff to his office for immediate interventions.