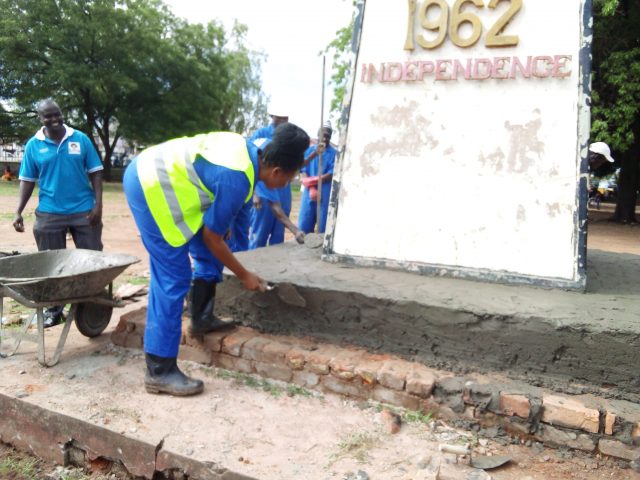 The renovation of Soroti City’s independence/public gardens has kicked off.

During the launch of the exercise at Soroti Public Gardens on Saturday Afternoon MP Alobo noted that the exercise is a three faced program and it’s estimated at a total cost of Uganda Shillings 25 Million.

According to Alobo the original designs and colors of the public gardens are going to be maintained with some adjustments.

The new adjustments will see the public gardens get connected to Free internet connection (WIFI), walkways to the toilets, Planting of Trees and grass.

The move according to Alobo is aimed at equating Soroti City to other regional cities.

She also noted that exercise is being handled not by her alone but also with other Teso Sub Region MPs.

“I want to appeal to the people of Teso to embrace the project. We have to embrace change in order to develop,” Alobo said.

Juliet Ipagi the Soroti City Deputy Mayor revealed that a city they are willing to offer any kind of support needed including security among others.

She also warned the members of the public against politicizing development projects but rather embrace them.

On the other hand she asked the people of Soroti city to embrace the Parish Development Model a government program aimed at increasing household income and eradicating poverty.

Stephen Opejo the LCI Cell D in Soroti City commended the Soroti City leadership for the initiative saying this will now help the youth who have been struggling to access internet services.