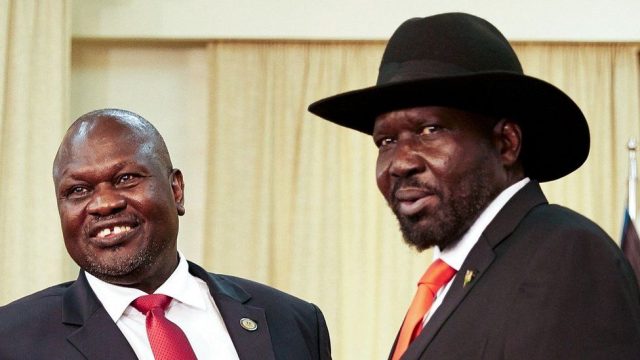 Parties in South Sudan should decide on an electoral timetable and avoid unilateral actions that may undermine the environment for elections, a top United Nations official said Wednesday.

The UN Secretary General, Antonio Guterre’s recommendations are contained in a report submitted to the members of the world body’s Security Council.

The report on the situation in South Sudan covers political and security developments, the humanitarian and human rights situation and progress towards the implementation of the mission’s mandate in the young nation.

“…I call upon the parties to immediately engage in a broad-based discussion and agree as soon as possible on a clear road map for the end of the transitional period,” partly reads the 18-page document.

Guterres, however, said South Sudanese leaders have shown that they can make real progress when there is a sense of urgency and determination.

“They should again show national leadership by completing the constitution and holding free, fair, credible and inclusive elections in the little time that is left,” further noted the report to the Security Council.

The top UN official also expressed concerns about “critical” benchmarks of the Revitalized Agreement that are still outstanding with limited time remaining before the end of the transitional period in February 2023.

According to Guterres, in the absence of tangible progress, the peace agreement bears the risk of being afflicted by a cycle of extensions.

“I strongly believe that the only viable course of action is the full implementation of the Revitalized Agreement in letter and spirit,” he noted.

While briefing the Security Council members, the Secretary General commended the parties for overcoming the impasse on the command structure of the necessary unified forces with the conclusion of the agreement of 3 April, 2022.

On 12 and 13 April, South Sudan President Salva Kiir issued decrees forming the command structure of the necessary unified forces and appointed 32 military personnel, all men. On 13 April, however, the armed opposition (SPLM/A-IO) formally complained about some omissions and appointments that it claimed were not in conformity with the agreement of 3 April, describing it as a violation.

He said the timely and full implementation of this agreement, including the graduation of the forces, will provide assurances to the South Sudanese people that their leaders remain committed to the Revitalized Agreement.

“I therefore urge the government to prioritize this aspect and provide the necessary funds to the security mechanisms to enable, as soon as possible, the graduation, deployment and operationalization of the necessary unified forces,” stressed Guterres in his report to the 15-member Council.

Meanwhile, the UN chief said the world body stands ready to provide necessary support to the process, should the government of South Sudan request such assistance while advocating for the necessary conducive political environment by fostering confidence, re-establishing the National Elections Commission and approving all the necessary legal requirements.

He requested the international community and regional partners to support the parties to meet the objectives envisioned in the Revitalized Agreement.

In March, the Security Council decided today to extend the mandate of the its peacekeeping mission in South Sudan for one year, as two delegates abstained over the incorporation of language related to human rights and climate change.