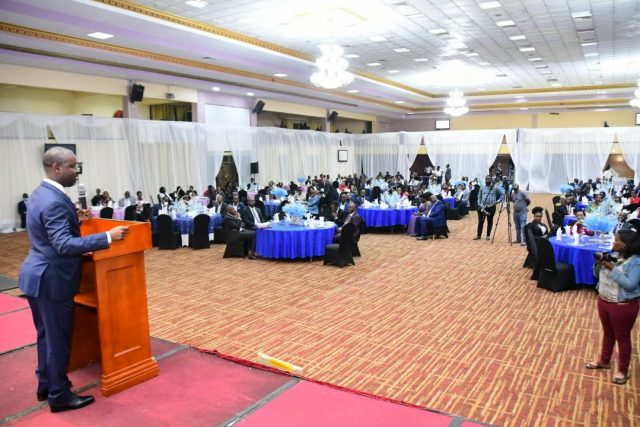 Tayebwa, who was speaking at a fundraising dinner for Justice House organized by the Uganda Christian Lawyers Fraternity (UCLF), said unlike many Christians, he is a believer in making money and working hard.

The dinner was held at Hotel Africana, Kampala on Friday, 30 September 2022.

He said that as a Christian he does not look at the money he works for as his, but as a multiplication of God’s investment kept with him, whose profits, can be used to transform the community.

“That is the way I look at money, that is different from primitive accumulation of having malls around town and then you find it difficult to even donate USD 1000 when you have USD 50 million,” Tayebwa said.

He urged Christian lawyers to avoid the culture of laziness, saying they must work hard and live a decent life.

Tayebwa also said it is wrong for lawyers to accumulate immoral money, saying that someone who asks for money is better than that one who accumulates it in an immoral way. He said that Ugandans should put their money into investments that are moral and support good causes.

He said that for instance the Uganda Joint Christian Council (UJCC) has seen its funding cut for being pro-life and anti-abortion, adding that government should support such organizations including UCLF.

Tayebwa also recounted his humble background to the congregation saying that people wonder how someone who first arrived in Kampala in 2001 could become Deputy Speaker. He pledged support for the Justice House project.

Meanwhile, the Attorney General, Kiryowa Kiwanuka, said that as Christian lawyers, it is their duty to serve humanity and to serve God.

“We are made in God’s image, so everything you do for a human being you are doing for God. Every gift you give to another person, you are giving to God,” he said.