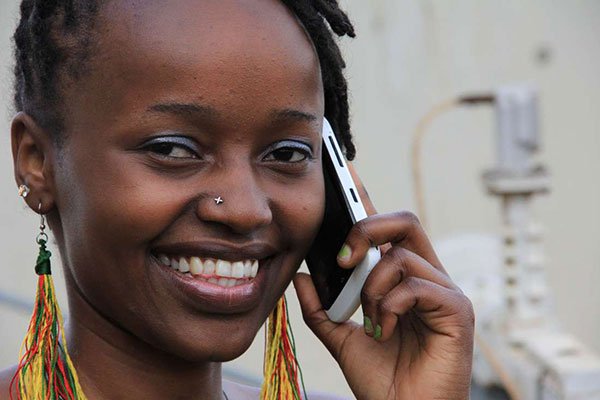 A few weeks ago, Kenya’s newly elected President, William Ruto on his maiden trip to Dar es Salaam, congratulated Tanzania for joining the One Network Area.

As such, member countries through their respective communication regulators agreed to eliminate the USD9 cents per minute tax on all international incoming calls thus maintaining a uniform USD4 cents across the EA region.

This bold step also came with commercial benefits to companies such as MTN and Airtel which own telecommunication networks on both sides of a common border to integrate their regional cellular coverage into a one-network roaming area and offer their international customers services at domestic rates.

However, as with all good things, international fraudsters found an avenue to benefit from this harmonization of rates through Caller Line Identification Spoofing, also so-called simboxing or grey trafficking.

Caller Line Identification Spoofing (simboxing) is a practice in telecommunication where a person or group of people usually fraudsters, set up a device that can take up several SIM cards (a SIM box) and use it to complete international calls it receives from the Internet as voice over IP (VoIP) and in turn serve them to the in-country mobile network subscribers as local traffic. The SIM boxer thus bypasses the international rates and often undercuts the prices charged by local mobile operators.

With the ONA initiative, the termination call rate within the member states is USD 4 cents per minute, and the international incoming calls from regions outside of ONA vary between USD10 and US$31 cents per minute depending on the country that fraudsters have exploited.

The disparities in international call termination for countries outside the ONA agreement has given fraudsters an opportunity to exploit the cost difference especially for calls coming from more expensive countries like Nigeria thus denying the local telecom companies revenue and consequently the tax revenue that would accrue to the exchequer.

For instance, fraudsters earn between USD 1 cents and USD 27 cents per minute which would have been revenue to the telecoms as government loses USD9 cents per minute as the tax due to rerouting traffic to countries in the region and disguising it as originating from the ONA member state.

This comes as MTN Uganda is allegedly accused of involving in Caller Line Identification spoofing leading to a loss of revenue for the government.

The report authored by Brendan A. Wadri to President Yoweri Museveni on June 27, 2022, titled “Massive Telecommunications Fraud Detected in MTN Uganda,” also claims that the telecom failed to detect and correct the high volume of ONA fraud terminated to Uganda through their networks in Rwanda and South Sudan.

As illustrated earlier, the telecom industry argues that there’s no telecommunication company that will intentionally involve itself in simboxing because it doesn’t benefit them in any way, especially in regions like East Africa where tariff rates have been harmonized to lower the cost of international calls.

Besides stringent local regulatory framework in most countries, these telecom companies have international licensing protocols and partnerships with other telecom companies worldwide and would not want to put their reputation at risk

According to industry sources, international call traffic has been on a steady decline across the world including East Africa, owing to various reasons including the increasing spread and use of data and applications that offer free calls.

Available information indicates that country’s top telecom companies have invested in systems that track incoming international calls and they usually reconcile with the government records on a monthly basis.

Knowledgeable sources in Uganda say that the regulator has a system in place that tracks incoming calls and their termination and prepares a report every month which is shared with the key players.  It is at this stage that in the event that there are discrepancies, then, a particular telecom is invited to reconcile the differences.

The rapid adoption of digitization in almost all aspects of business and commerce including payments and the critical role telecommunication plays in making this possible means that fraudsters will always be on the prowl with the hope of cashing in on loopholes that may exist especially because of differences in market policy and regimes.

Perhaps the initiators of ONA may need to go back to the drawing board to work out what needs to be done to close the existing gaps while ensuring that local telecom operators and the government are not denied the much-needed revenue accruing from services that are still needed by consumers.