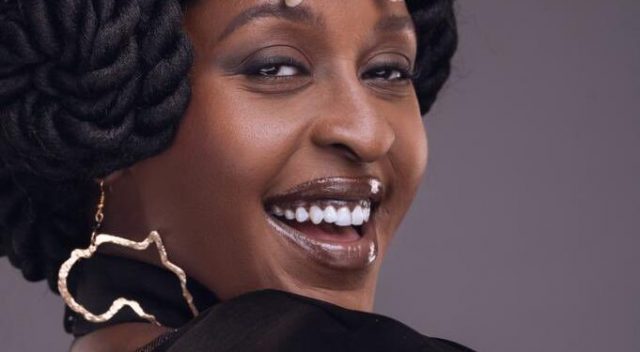 Unpredictable as unpredictable can be in the mention of Lilian Mbabazi and her melodic craft. However, one thing is unchanging, a ravishing music offspring.

Given her well-built to perfection vocal range, Lilian can sway the winds of music in whichever direction she pleases. And from nothing, mold a fine work of art.

Following a four-year hiatus from studio time, Lilian Mbabazi will be gracing the black and white knotted music carpet again. With a mic in one hand and a love scroll in the other.

Popularly known as The Voice amongst her peers, Mbabazi has ultimately given in to the cries of her diehard fans and is set – to release an EP (extended play) titled, ‘The One.’

“The One. When I was approaching; these guys, they asked me, ‘what exactly do you want this EP to say?’

She added: “As Lilian Mbabazi I went through a certain relationship; Moze (of Radio and Weasel) died in 2018. It was difficult, to even just put yourself out there and just being, in the limelight. It was very difficult.”

However, the songstress has managed to pick herself up and is dreaming again. Putting together a body of work in a six-track EP, which comprises; The One, Mirrors, Never Letting Go, Diamond, Ogusela, and Jangu.

A body of work that she believes best celebrates love – a beautiful feeling more than ever conveyed on the vehicle of relationships.

In addition, Ms. Mbabazi is optimistic the EP will be pleasantly received by the public – given her previous studio experiences.

“The things I have learned in my years of working is that if something is so difficult in the studio. It’s not the song.

Things have got to come easy. The same way Blu*3 did ‘where you are.’ It was so easy with Benon (Mugumbya) and the girls. It was just easy. You were gliding through the music; there was no stress,” Lilian shared.

This Friday, 28th October 2022, Lilian Mbabazi’s bevvy of fans will be glued to the internet with their hands courting their gadgets. Awaiting to stream away to the love crooner’s pieces as The One EP music catalogue will be made public on all major online music distribution platforms.