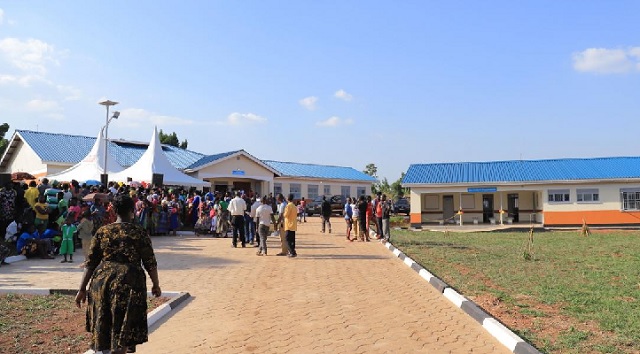 The shillings 1.7 billion health facility was constructed with funding from Uganda Intergovernmental Fiscal Transfers Program-UGIFT pursuant to government policy of ensuring that each sub county in the country gets a well-equipped a health center III.

Commissioning the facility on Saturday, Nabbanja tasked the residents in the district to strongly embrace disease prevention services as opposed to curative. She further appealed to women in the area to fully utilize the facility to boost antenatal services saying no woman should be found delivering from home.

The prime minister warned women against using the services of traditional birth attendants-TBAs saying they were phased out by the government. She vowed to compel government to recruit more health workers to work in the various health facilities existing in the district to offer appropriate health services.

Retired Major David Matovu, the Kakumiro Resident District Commissioner-RDC said the construction of the health facility is a big milestone towards the enhancement of health service delivery in the area.

Joseph Sentayi, the Kakumiro LC5 Chairperson challenged the community to timelily utilize the facility by regularly making check-ups to know their health status. He asked government to build a district hospital as Kakumiro operates without a general hospital.

Margret Nkuuna,a resident of Kakindo sub county appealed to the government to fully equip the facility with enough drugs and personnel for them to get adequate health services.

According to Nkuuna, over the years, expectant mothers have been forced to move long distances to access better health services.

Micheal Yombo, also a resident, said the construction of the facility is a big boost to the health sector in the district. He called on fellow residents to make use of the facility by getting regular checkups to know their health status.

He said some women would die along the way to faraway facilities and others at the hands of unqualified personnel in the area due to lack of good health services.

The newly constructed facility is comprised of antenatal, male, female and children wards, a waiting room and staff quarters among others.