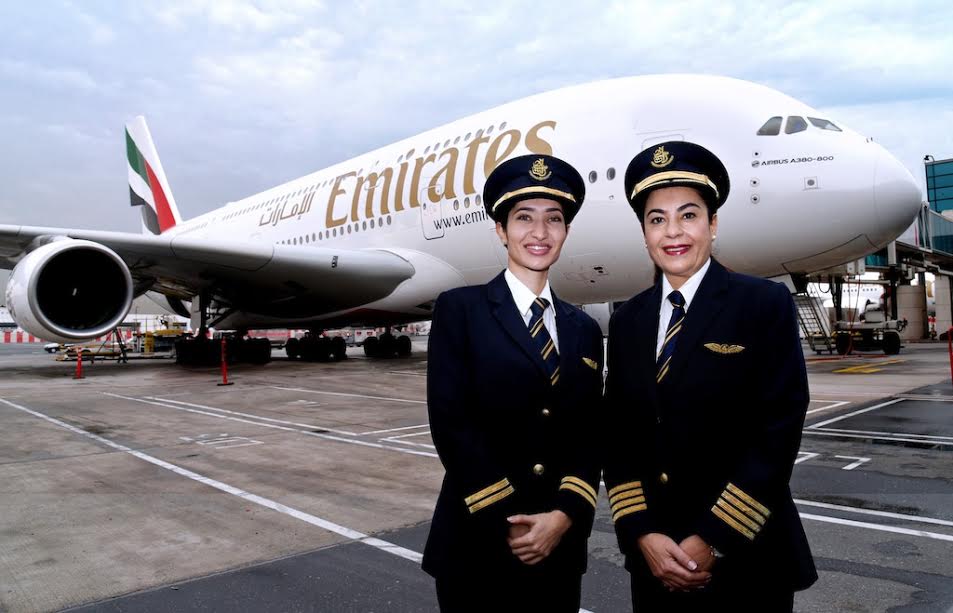 Emirates is giving centre stage to its women employees on the upcoming occasion of International Women’s Day. Women make up close to 44% of the airline’s workforce and have been an integral part of the success story of Emirates over the last 31 years.

Emirates currently employs more than 29,000 women from over 150 nationalities. Women employed at Emirates come from diverse backgrounds and work across the entire spectrum of airline operations.

Over 18,000 work as cabin crew, while the rest are represented across technical as well as in professional and leadership roles.

Close to 2.5% of the total female staff occupy managerial positions in the airline, and women are also increasingly working and advancing in functions that were more traditionally represented by men.

Over the past decade, the number of women employees at Emirates has increased in line with the airline’s growth. The proportion of women as part of the airline’s total workforce has also grown by 6% during the same period.

Abdulaziz Al Ali, Executive Vice President of Human Resources at Emirates said: “Emirates is committed to providing equal opportunities at the workplace for both women and men across all business functions.

We are proud of our women colleagues and their immense contribution to the growth and success of the airline. We hope that they can continue to inspire and be role models for girls and women across the globe interested in pursuing careers in aviation.”

From pilots to aircraft engineers, cargo supervisors to flight dispatchers

Emirates’ female cockpit crew come from 24 nationalities and are aged between 20 and 59 years, including pilot cadets.

Captain Nevin Darwish from Egypt and First Officer Alia Al Muhairi from the UAE fly the iconic Emirates Airbus A380 aircraft from Dubai to Vienna.

Captain Darwish is the first woman of Arab origin to have captained the Airbus A380. First Officer Al Muhairi, a UAE national, is currently the youngest Emirati female pilot operating the Emirates A380 aircraft.

Women also work at critical positions in flight operations both on the ramp as operations managers, turnaround coordinators, aircraft loading supervisors and load controllers as well as in the operations centre as flight dispatchers and duty managers.