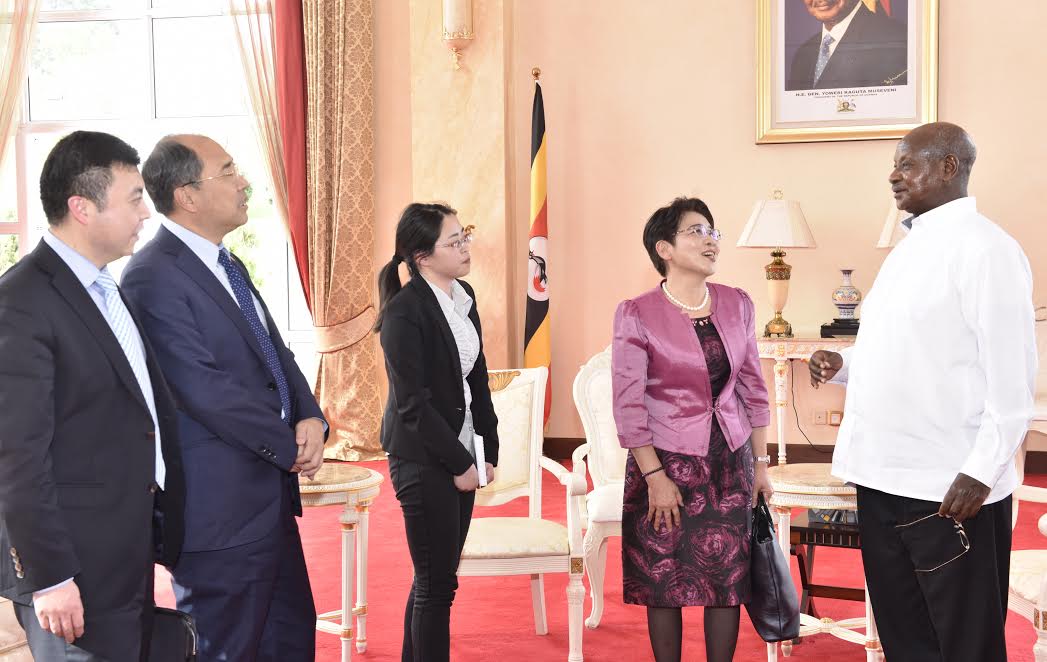 President Yoweri Museveni has said that the way forward for South Sudan to attain political stability is for the international community to support Africa’s youngest nation to organize free and fair national elections and also build a non-sectarian National Army from all parts of the country in order to win majority political support.

“Contrary to Western countries that advocate for imposition of sanctions on South Sudan, which would worsen the situation because of pseudo ideology, sectarianism of South Sudan tribal leaders that harm the interests of the people. Encouragement of negotiations on elections and forming a National Army is the political medicine to fight sectarianism in South Sudan. This approach has worked and helped countries like Kenya,” the President said.

Mr. Museveni stressed that in this way, “we want to develop a formula for South Sudan leaders to manage and run their country.”

The President made the remarks yesterday while meeting a 6-man delegation led by the Chinese Government Special Representative on African Affairs, Ms. Xu Jinghu, that called on him yesterday at State House, Entebbe.

He noted that the Chinese government has taken interest in the conflict in South Sudan and in Africa as a whole. The President expressed his gratitude to see that Chinese cooperation and infrastructure development in Uganda has been further strengthened. He was optimistic that a balance of trade between China and Uganda will register a favourable trend for the benefit of the two countries.

“Many Chinese companies have invested in Uganda. China has more imports to Uganda. But in the future, Uganda will also export to China like China does to Uganda now,” Museveni said.

He observed that the economic growth of China, India, Brazil including Africa, has contributed to global prosperity in recent decades.

“The price of steel used to be US$200 per ton but it has increased to US$400 – 500 a ton; which was increased by the growth of these markets that stimulated the demands for bigger production. So, integrating the growth is part of the stimulus between China, Uganda and Africa as a whole,” he observed.

Ms. Xu Jinghu, on his part, said China appreciates Uganda’s political contribution to African countries, like South Sudan, to find a solution to political conflicts as well as addressing the issue of refugees’ crisis.

“The international community has an interest in the resolution of the conflict South Sudan,” said Ms. Xu Jinghu. She added that the Chinese government disagrees, in totality disagrees, to the idea of putting sanctions on South Sudan.

“China and Uganda have been friends in several bilateral issues and is committed to further strengthening cooperation in the areas of energy and agriculture, among others, between the two countries,” she said.

The Minister of Foreign Affairs, Mr. Sam Kuteesa, the Attorney General, Mr. Byaruhanga William and the Chinese Ambassador to Uganda, Mr. Su Heping, among others, attended the meeting.