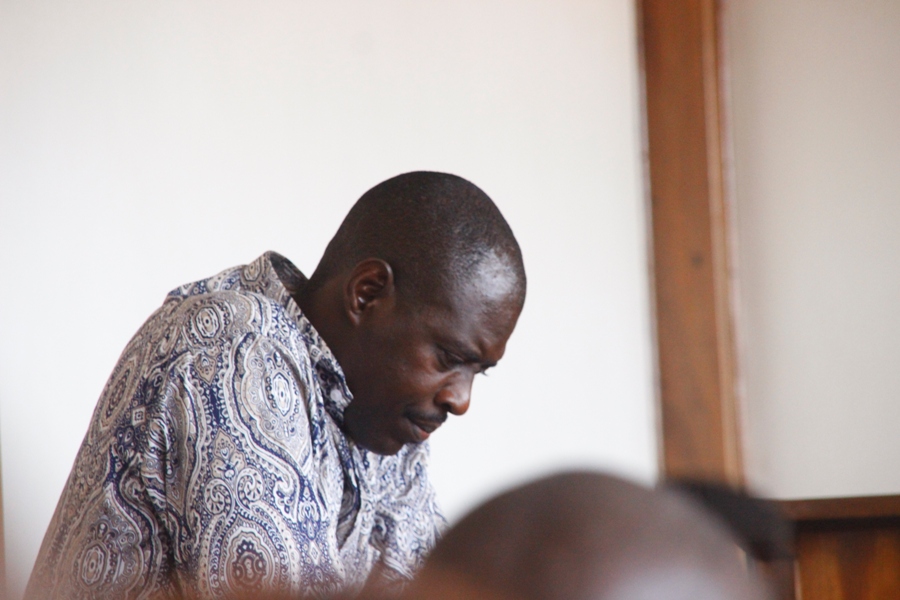 Just a week after he was convicted of assaulting TV reporter Andrew Lwanga, former Old Kampala Divisional Police Commander Joram Mwesigye could return to the Police Force that suspended him two years ago.

Among those that attended the meeting at police headquarters in Naguru, Kampala, were legal department officials of the police and other senior officers.

A source who attended the Naguru meeting has told The Tower Post that Kayihura sounded sympathetic to Mwesigye and wanted him recalled. Kayihura described Mwesigye as a diligent officer who should not be hounded out of the force. He suggested that Mwesigye be given a chance to reform.

Kayihura reportedly pleaded with the police officers: “This man [Mwesigye] is still young and has served the force diligently and I don’t think he deserves to be dismissed like that. He can be sent for further training and he can reform while on training.”

The IGP’s suggestion was however greeted with a few murmurs of disproval. One senior officer gathered the guts to challenge Kayihura by reminding him of what the police rules said.

The senior officer reportedly said, albeit cautiously: “Afande [IGP Kayihura], I think retaining Mwesigye will be wrong because the police standing orders say that if any officer is involved in a criminal offence, he or she should be interdicted pending trial. He [Mwesigye] is convicted, [meaning that] he is automatically dismissed from the police force.”

If Mwesigye is retained, some activist could interpret this as condoning human rights violation. Some of these include the Human Rights Network for Journalists-Uganda (HRNJ) which has criticised Mwesigye’s sentence as light and urged police to dismiss its officer.