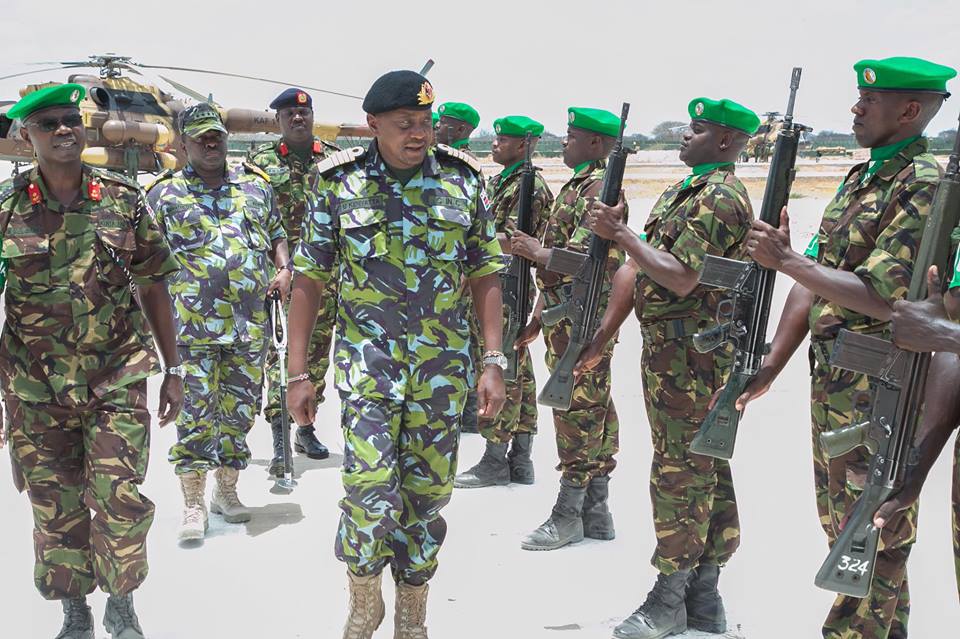 The Commander-in-Chief, dressed in military fatigue, met KDF and thanked them for their sacrifice and service to their motherland.

It was President Kenyatta’s first visit to Somalia in the context of lifting morale of Kenyan troops. The President has already been to the Somali Capital Mogadishu previously on other state engagements.

The President told the soldiers that Kenya will be forever indebted to them for neutralizing the threat of Al-Shabaab.

“Your being here in Somalia has saved many lives, and for that Kenyans will forever be indebted to you. Your presence here has at least freed people of the fear of Al Shabaab,” President Kenyatta said.

He added: “We have revived our tourism sector thanks to you for securing our country.”

The Dhobley Military Camp is the headquarters of the AMISOM, a nerve centre and a log base for the UN.

The Head of State assured the KDF that Government will always support and stand with them.

“We are talking to the new Somali Government to emphasize to them the importance of building their military so that you can go back home. That is our exit strategy,” President Kenyatta said.

The visit came four days after the State of the Nation address in which the President paid glowing tribute to Kenyan men and women in uniform for their commitment and dedication to service to secure their country.

“In defence of our motherland, and in fulfilling our international obligations to pursue peace and security, we have lost some of our gallant soldiers,” President Kenyatta said in his State of the Nation address.

He added: “These losses remind us of the threat that is upon us. I stand here today to say that these gallant sons and daughters of Kenya have not fallen in vain. Their sacrifice for our freedom and our motherland strengthens our resolve.”

The President spent the day hearing first-hand how the troops were working to secure our country as well as the challenges they faced on a day-to-day basis.

He had lunch with the troops and also examined the equipment they are using in the battlefield.

Since coming to office, the President has committed heavy investment in men and equipment as part of his campaign to ensure that Kenya has enough resources to secure itself.

Chief of Defence Forces Gen. Samson Mwathethe – who accompanied President Kenyatta on the Somalia visit –said there was no better way for a Head of State to motivate a soldier than to spend time with them in the warzone.

“Your visit here today as the Commander-in-Chief has boosted the morale of these soldiers,” Gen. Mwathethe said, while thanking President Kenyatta.

He expressed optimism that the new Somali Government will help in the restoration of peace in the Horn of Africa country. 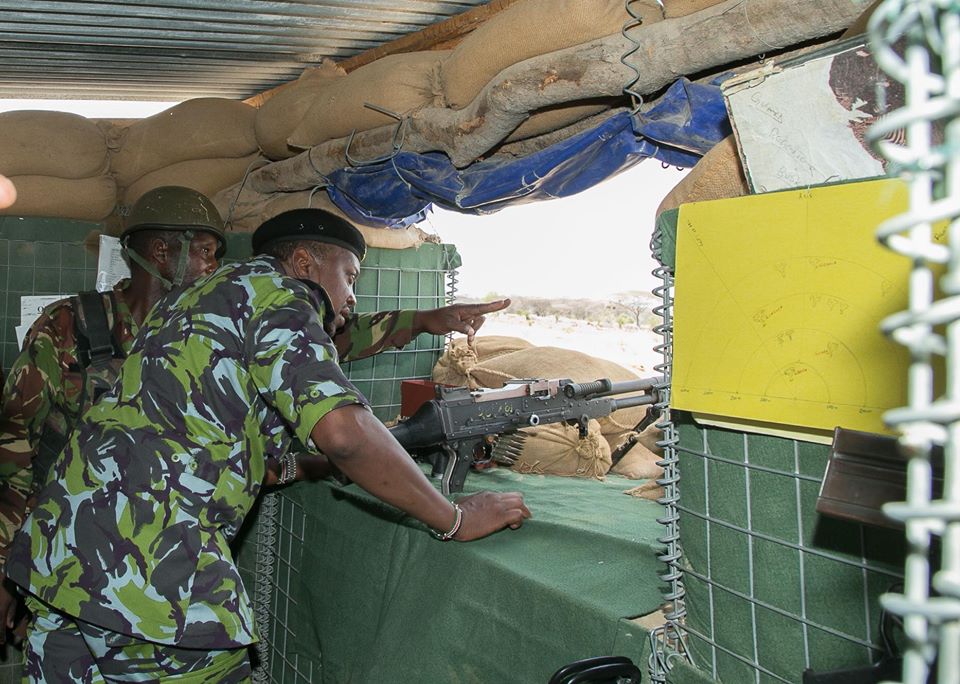