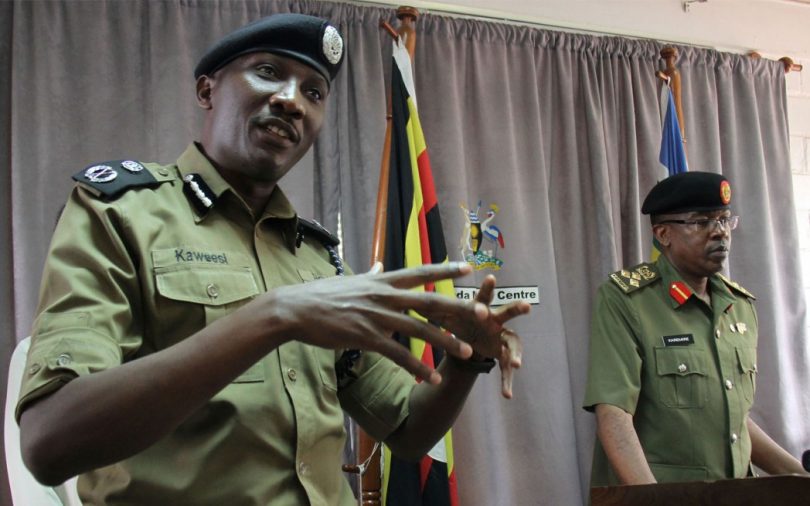 Andrew Felix Kaweesi, 43, was shot at by a group of unknown gunmen as he left his home in Kulambiro , a suburb of Kampala on Friday morning. He was killed alongside his driver and bodyguard. His driver Godfrey Mambewa and bodyguard Kenneth Erau were also shot dead.

Kaweesi, a hardworking and eloquent police commander was influential in the Police Force as well as the National business and Political arena. However, the influence did not come cheaply; it came at the expense of relations with seniors and juniors in the police force.

2009– Commandant police training school kabalye.
Participated and operationally supervised the establishment of the law and order project in karamoja.

1999– Director Of Studies and teacher at St. Benard’s College school kiswera.
Coordinated study programs in the school and offered academic guidance to the students through teaching.

1997- 1998: Guild Council Representative For LUMUMBA HALL Makerere University.
Represented the interests of the hall members to the Guild council.

1997: Chairman Makerere University Education Students Association(MUECA)
Offered leadership to the association and
Effectively represented their interests to the administration and national students council.

1995-1996– Chairman Students Council For Kitante Hill School.
Championed the advocacy for rights of students both to the school and National students council.

“I have fought a good fight, I have fines he’d my course, I have kept the faith . Henceforth there is laid up for former a crown of righteousness, which the Lord, the righteous judge, shall give me at the day: and to me only, but unto all them also that love his appearing”.