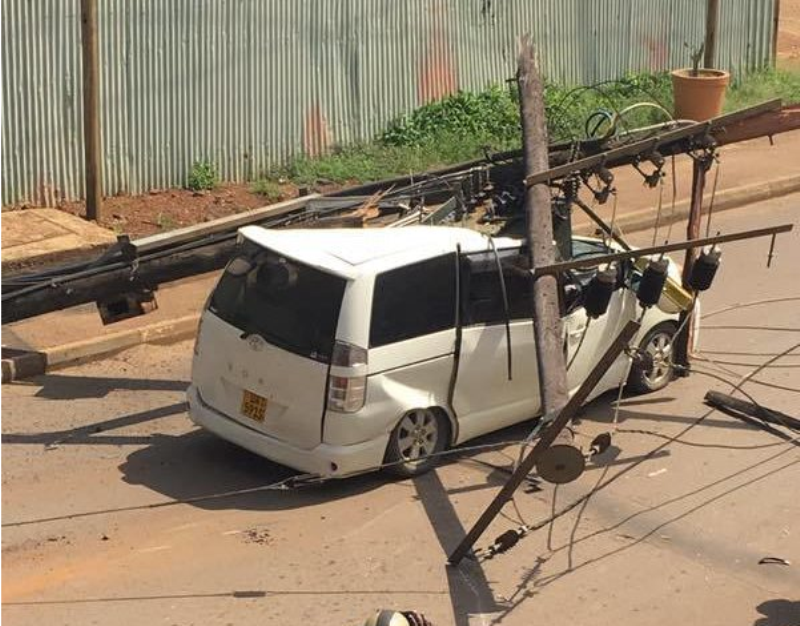 Panic broke out in the Kampala City Centre after an electricity transformer hit a woman’s car on Tuesday morning.

The accident occurred along De Winton Road next to parliament, where the transformer fell in the middle of the road hitting a white Toyota Noah van that was passing by.

According to an eye witness, the transformer pole was rotten and has earlier showed signs of breaking some day.

No deaths were recorded from the accident although the woman, who was driving got serious injuries on her limbs.

By publication time, the victim had been rushed to hospital by Good Samaritans. An ambulance arrived at the scene 30 minutes later.