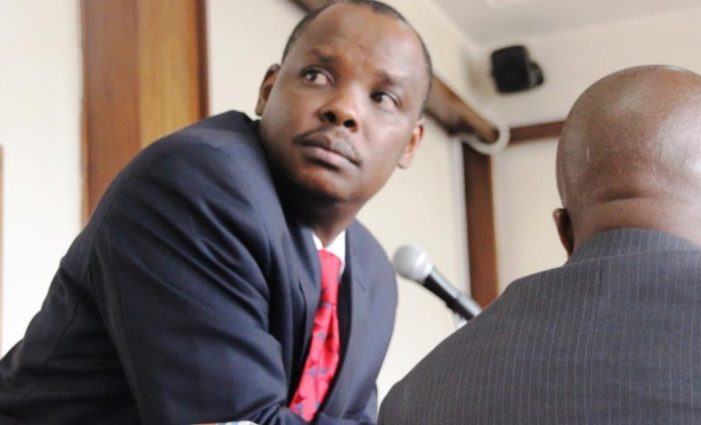 The Magistrates court at City Hall in Kampala has acquitted city lawyer Bob Kasango of allegations relating to forgery and theft of Shs 500m.

The fraud was related to the sale of a property in Kololo.

Prosecution alleged that Kasango forged documents pertaining to the sale of a house with the and stole Shs 500m from a one John Kaweesa purpoting to have paid the money to house owner Wivine Nyiramana Mukuru.

Magistrate Moses Nabende Court ruled that Mukuru who was supposed to receive the money was not the complainant, was not a witness.

Nabende also said that the six witnesses had failed to pin Kasango, adding that one of the witnesses, identified as Mujurizi was herself beneficiary of the transaction as confirmed by complainant Kaweesi.

Court also ruled that Mukuru had received the money but would later refund it after 21 months.

The magistrate also ruled that as a lawyer, Kasango was authorised to sell the house on behalf of Mukuru, according to documents seen by court.

Court also found that Kasango had properly handed over the house to John Kaweesa in the presence of his gent Mutyba Swaibu, his friend Patrick Kato and Mukuru’s witness Paul Bitarabeho Katabazi.

On the charge of obtaining money by false pretence, court ruled that the prosecution had failed to produce incriminating evidence.

“These charges are brought against me for their embarrassing and humiliation value not because they hold any sense.

I am prosecuted just for fun for the Law Council, I maintain that Mr Kiwuwa excluded me from the hearing deliberately.

He knew there was absolutely no offense committed, professional or otherwise and had I been given the opportunity to be herd, it would have been impossible for him to execute his sinister motive on behalf of certain third parties whom he knows

He continued everything that the law council did broke every procedural and substantive elements of justice but that’s how power in the hands of irrational people can be abused.”