The announcement was made during a press conference at the dfcu Bank Headquarters in Nakasero, Kampala.

The Top 100 Survey aims at identifying Uganda’s fastest growing medium-sized companies in order to showcase business excellence and highlight some of the country’s most successful entrepreneurs.

Under the theme, “Staying ahead of the competition in the evolving economic environment”, the 2017 Top 100 mid-sized Companies’ Survey is an initiative of KPMG and the Nation Media Group, represented by The Daily Monitor in Uganda.

dfcu Bank now joins Insurance Company of East Africa (U) Group that has been part of the project for 4 years now.

“dfcu Bank’s sponsorship of the Top 100 mid-sized companies’ survey 2017 is a show of our commitment towards supporting and growing the SME sector which is a key driver of Uganda’s economy.

We believe that a collaborative effort to boost the competiveness of SME sector in general is the silver bullet to ensuring businesses thrive in what is a constantly evolving economic environment in Uganda and East Africa as a whole,” Sekabembe said.

“Constraints notwithstanding, the top 100 Survey will give hundreds of business operations the opportunity to learn from each other; engage policymakers on their contribution to the economy; benchmark themselves against other business operations and so much more.

Our belief is that this initiative will goa long way in boosting the skillset of the selected companies, eventually translating to improved business practices and increased profitability,” Sekabembe added.

Present at the press conference was Managing Director, Monitor Publications Limited; Tony Glencross who hailed the Top 100 Survey as, “…invaluable and highly relevant.”

“Uganda has been recognized as one of the most entrepreneur countries in the world, which presents us with the need for systems that will create informed and skilled entrepreneurs.On behalf of The Daily Monitor, I thank and applaud dfcu Bank for joining us as we work towards supporting and building the capacity of the SME sector.”

Any company can participate (with the exception of banks, insurance companies, accounting /financial consulting firms) as long as it meets the following criteria: – has a turnover range: Ushs360m to UGX 25 billion, has a three year audited financial track record and is not listed on any stock exchange. 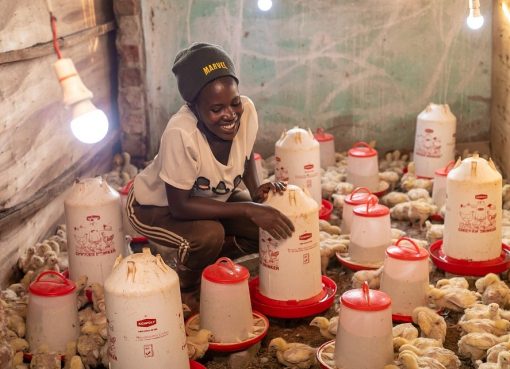