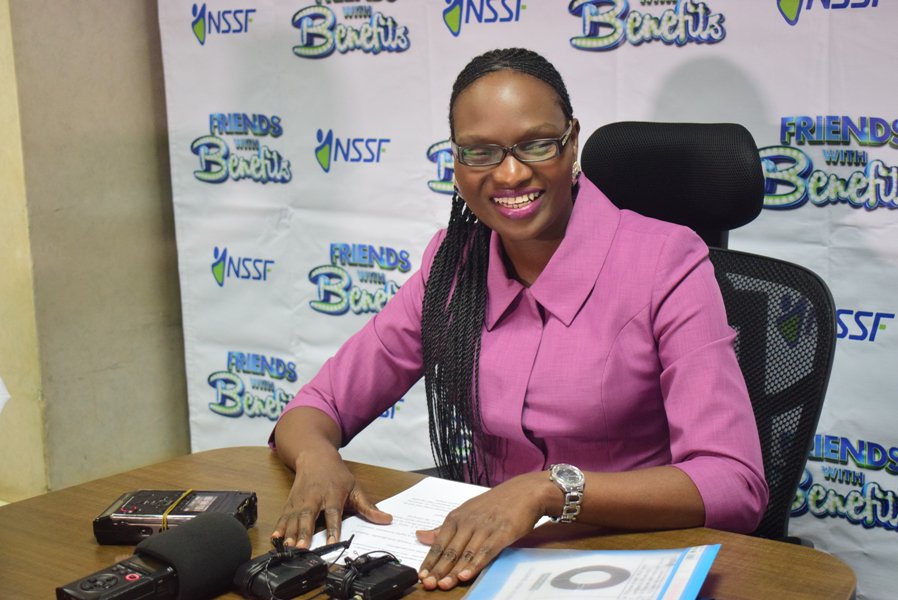 The National Social Security Fund (NSSF) on Wednesday (4th, October) launched the second edition of the “Friends with Benefits” campaign, an initiative aimed at promoting a savings and investments culture amongst Ugandans.

The campaign that runs as a TV show profiles former NSSF members who received and invested or used their NSSF benefits to do something inspirational and life changing.

“Our objective is to inspire both our existing and potential members, especially the younger generation to save for their retirement. As was the case in the first season, we shall showcase stories of willing NSSF beneficiaries to demonstrate various projects one can undertake to improve their lives using their NSSF benefits,” said Barbra Arimi, NSSF’s Head of Marketing and Communications during the launch.

Following the inaugural campaign held last year, the Fund registered a significant increment in its Voluntary saving plan with over 400 people joining the plan and shs670, 000,000 collected between the months of September and December when the TV show aired.

“At the end of the first campaign, 95% of interviewed Ugandans showed more willingness to save for their retirement.

Beneficiaries will be required to submit a short and compelling story, stating how they utilized their NSSF savings and transformed their lives.

In addition, relatives and friends can also share stories of beneficiaries they know whose lives have been transformed because they put their benefits to excellent use.

The Top 16 successful stories will be aired in a compelling TV show where winners will be selected through voting by the public and an expert panel of judges. Three winners will then be rewarded with a total of shs 55million to further improve their lives.

Over 500 submission were received in the first season and Harriet Balyama emerged winner of the campaign, walking away with shs30m which she used to complete construction of rental units.

The Friends with Benefits second season will run for a period of 6 months starting with the call for submissions on October 4th.