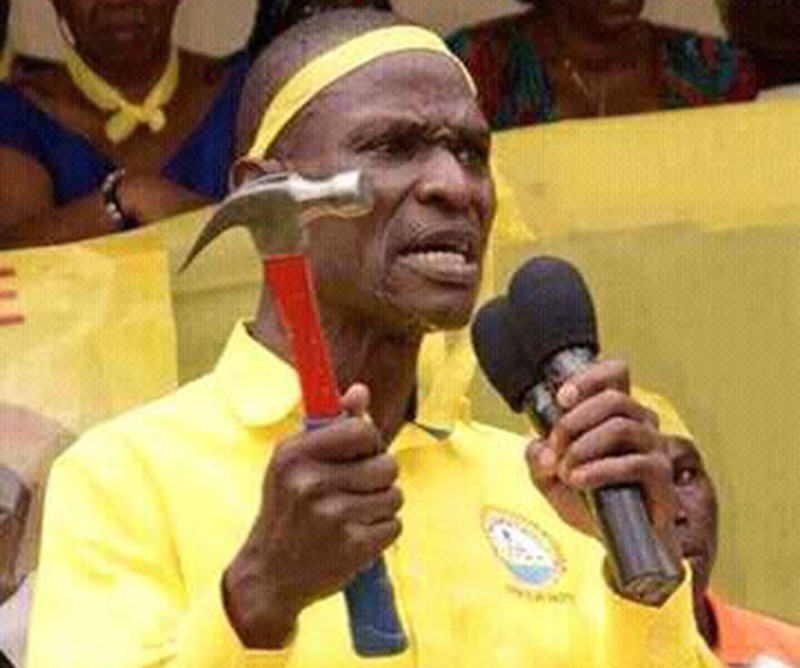 President Yoweri Museveni’s advisor on the media Joseph Tamale Mirundi has told ruling National Resistance Movement (NRM) youth that the three-decade leader is like the pope and a good player the party cannot afford to send home.

Mirundi spoke during the launch of the NRM “gikwateko [touch article 102b]”, and the yellow ribbons to counter the red ribbons worn by those opposed to the deletion of the upper age limit clause that bars anyone from contesting for president beyond the age of 75.

Without the deletion of article 102b, Museveni will not constitutionally extend his 35-year rule beyond 2021 when Uganda next goes to the polls.

But Mirundi told the youth at Silverton Gardens in Rubaga, Kampala on Thursday that “The Constitution must be changed come what may”.

“Museveni is like the pope; we shall give him more time because it is us that elect him,” Mirundi added, holding a hammer in his hand.

He explained that Museveni was like a star player in a football team and the opposition wanted him off the election ballot because they were afraid of losing again.

“A thief does not tell you what padlock you should buy.”