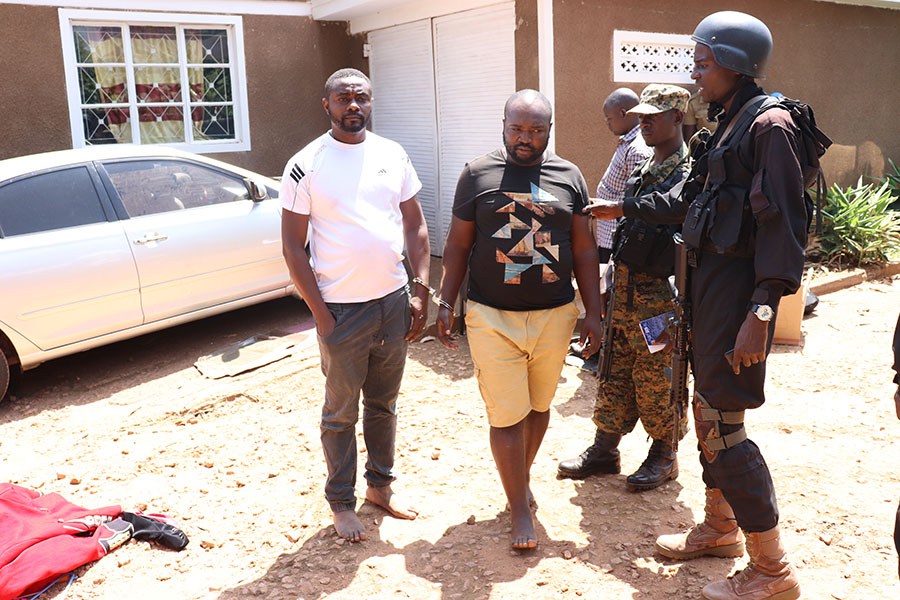 The army has confirmed the arrest of Boda boda 2010 leader Abdul Kitatta and 28 others in connection to the murder of a Case clinic account Francis Ekalugar.

Ekalungar was kidnapped on January 2, 2018 on his way to bank shs14 million. Police later found his body burnt and dumped in Kajjanzi.

According to UPDF deputy spokesperson Capt. Deo Akiiki, the army conducted a joint operation on Friday following leads from inside sources, which led to the arrest of a one Huzairu Kiwalabye.

The group, upon their arrest were found with motorcycle number plates, machetes and other weapons.

The operation also led to the arrest of Muzamiru Mawa, a driver to Dr.Ssebbale Kato, the proprietor of Case hospital and two other Congolese nationals including Kikandi Muhindo and  Bizimani David from whose residence, Ekalungar’s vehicle, a silver Toyota Premio was recovered.

The number plates of the deceased’s vehicle had been changed from Reg No. UAW 899U to UAT 764L.

The suspects, most of whom are members of the notorious Boda Boda 2010 militia, are being held at Kireka police station as investigations continue.

Akiiki says UPDF shall continue working with all other security agencies to guarantee peace and security in the country, adding that there is no cause of alarm.