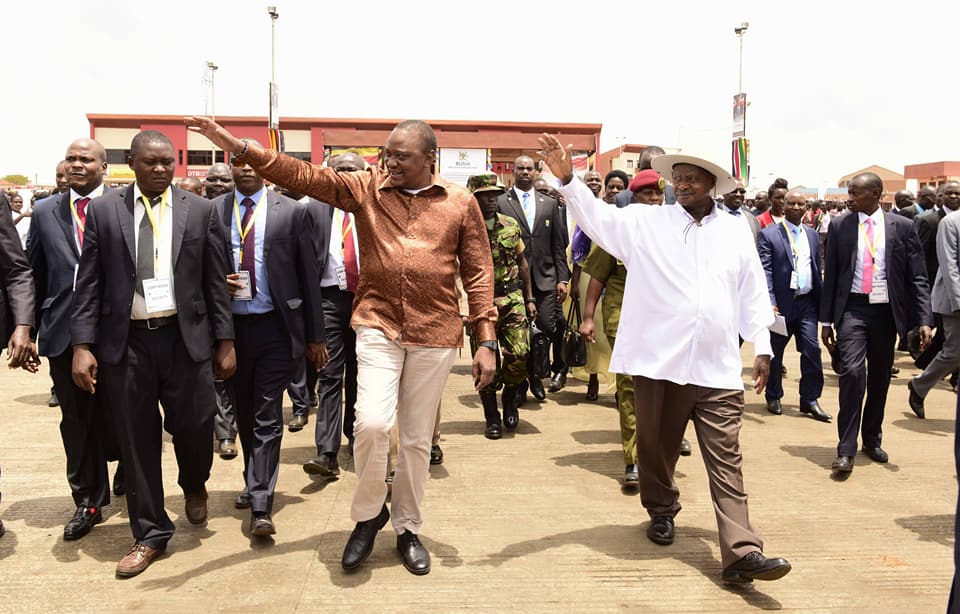 The post, which is funded by foreign development agencies under the Trademark East Africa, is expected to ease at easing the movement of goods and people at the border.

The concept combines two national border controls into one thereby reducing the time it takes to clear goods and people across the shared borders. This reduces costs and the overall time it taken to transport goods within the region.

Speaking at the launch, President Museveni rooted for the use of modern technology to ease movement and curb smuggling.

“We need X-ray technology to check loaded trucks and stop this method of manual checking. We are also working on using radar stations on the lake to curb fish smuggling and catching immature fish,” he said.

Museveni thanked Trademark EA, President Kenyatta and the government of Kenya for the spirit of cooperation. He also thanked the people of Busia for supporting the NRM government.

He also promised to repair the bad sections of Busia- Kampala road and repair the railway to ensure smooth transportation for passengers and goods.