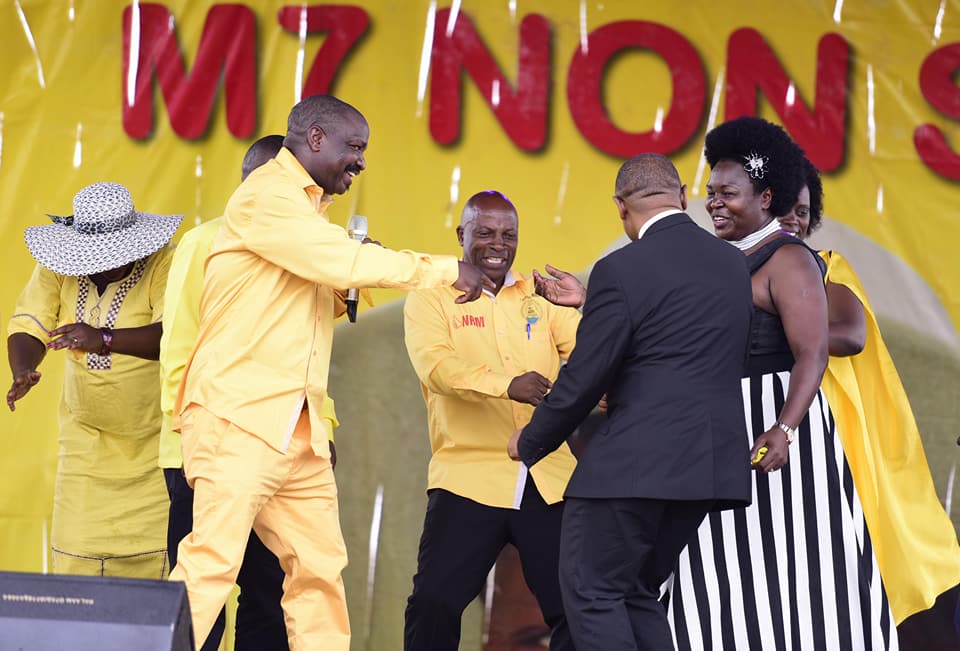 Nankabirwa was speaking at the victory party organized recognize the 317 NRM MPs who voted for lifting of the Presidential Age Limit.

The party was held at Sazza grounds in Kiboga District on Sunday and President Yoweri Museveni was the chief guest.

The Government Chief Whip said that the campaign dubbed ‘M7 Non Stop’, is aimed at urging Ugandans to vote for the extension of the term of the president, in the referendum that will be organized by the Electoral Commission.

“We shall do it through a referendum, we shall start talking about a referendum which was passed by cabinet and the Electoral Commission should organize for the elections soon,” Nankabirwa said.

“We shall explain what we passed and what is remaining is doing everything possible to align the organs of government with the 7-year term as it was passed for the Member of Parliament. We shall be going to constituencies to seek the mandate of the electorates for the need of the referendum,” she added.