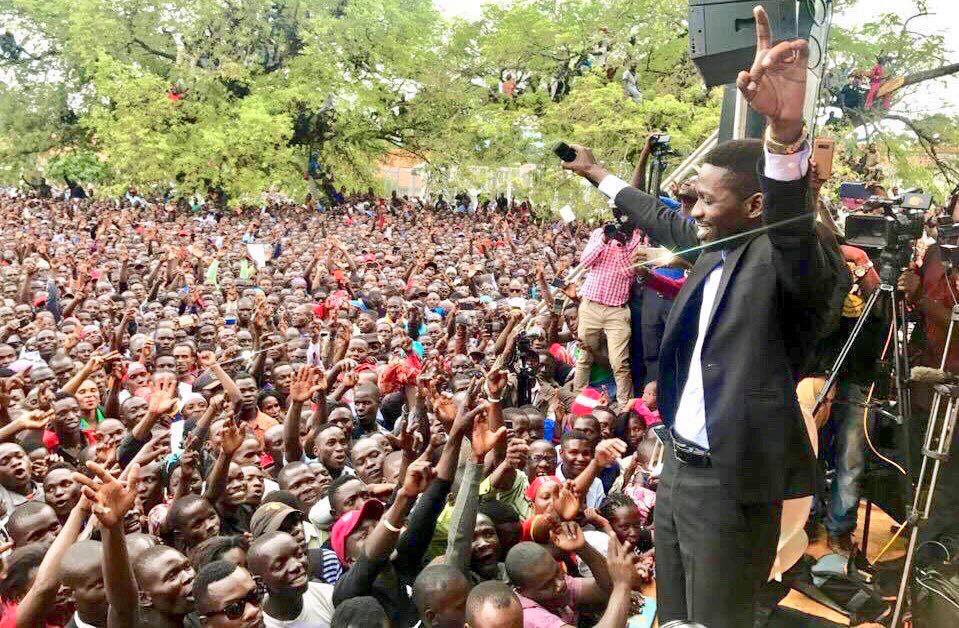 Besigye was Speaking at Forum for Democratic Change (FDC) candidate Paul Mwiru’s final rally for the Jinja East by-election at Busoga Square in Jinja town on Tuesday when he told supporters that he is ready to step aside and let youthful Bobi Wine to run for Presidency as the main challenger against President Yoweri Museveni.

“You have heard a lot from me but now it is my brother Bobi Wine who is in the lead. The change will come from Kyadondo East,” Besigye said amidst cheers from the crowd.

Speaking about Besigye’s remarks, Bobi Wine said that “the endorsement is so humbling”.

Bobi Wine has in the recent months embarked on nationwide tours, causing speculations that he intends to run for president in the next general elections.

The legislator has not been clear about his Presidential ambitions, always responding, “I can only cross that bridge when I get there”, whenever asked.