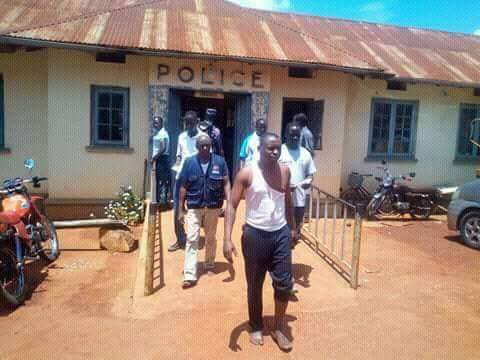 NTV Uganda’s reporter Herbert Zziwa together with his camera man Ronald Muwanga have Tuesday been charged with inciting violence and causing malicious damage.

The duo was arrested last night while making a live report of events that followed the shooting of Bobi Wine’s driver in Arua.

Bobi Wine’s driver Yasin Kawuma was shot and killed by Police during a campaign rally.

Kawuma together with his boss were in Arua to rally support for independent candidate Kassiano Wadri who seeks to replace the late Ibrahim Abiriga who was murdered a few months back.

Following the arrest, Television stations were barred from broadcasting live, an act they said would spur violence across the country.

Zziwa and Muwanga are expected to appear and report to Gulu Police Station on Friday August 17th and there after continue to appear until otherwise directed by court. 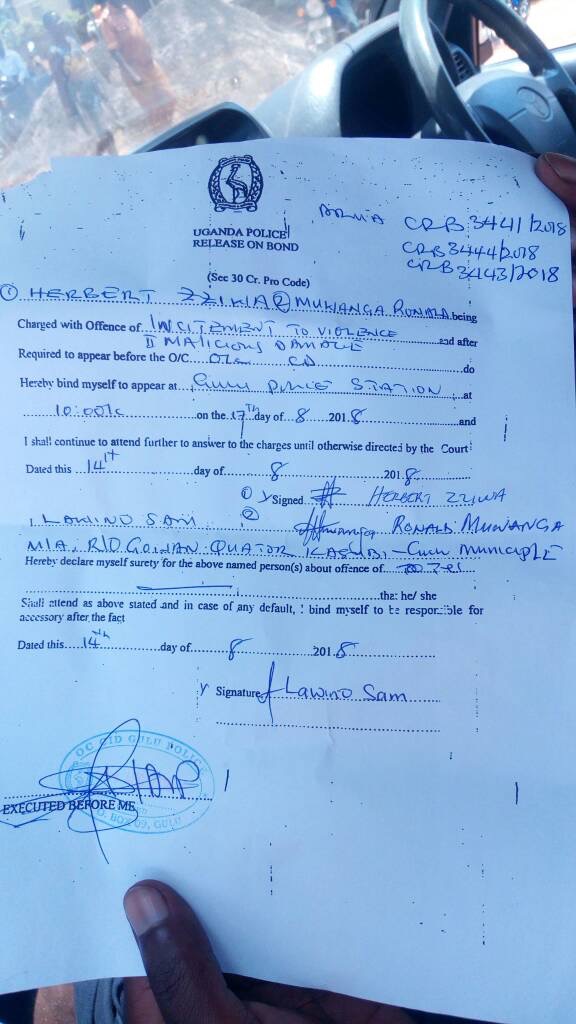