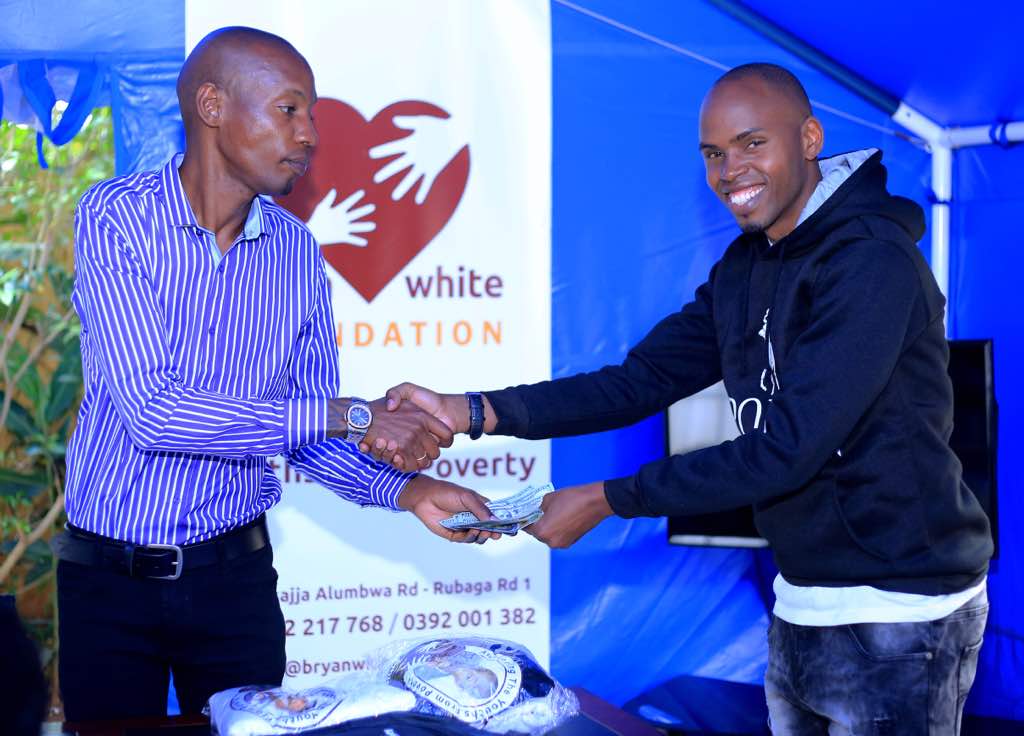 Philanthropist Brian Kirumira alias Bryan White of the Bryan White Foundation, on Monday flagged off one of his foundation Ambassadors, Comedian Alex Muhangi as he left to host the Uganda North America Associatiom convention and business expo in Seattle, USA.

Muhangi was announced as the official host of the annual diaspora event that gathers people from around the world through their official social media platforms.

The city comedian will have Anita Fabiola as the Co-Host.

The UNNA Convention and Trade Expo will be held from 30th August to 2nd September at the Hyatt Regency Bellevue Seattle, Washington.

Ugandan artistes like Jose Chameleone, Sheebah, Leila Kayondo, Irene Ntale are expected to be among the acts to headline the event.

“Today we have seen off our ambassador Alex Muhangi as he headed for UNAA org Seattle 2018. We wish him good luck during his stay in the states,” Bryan White said.