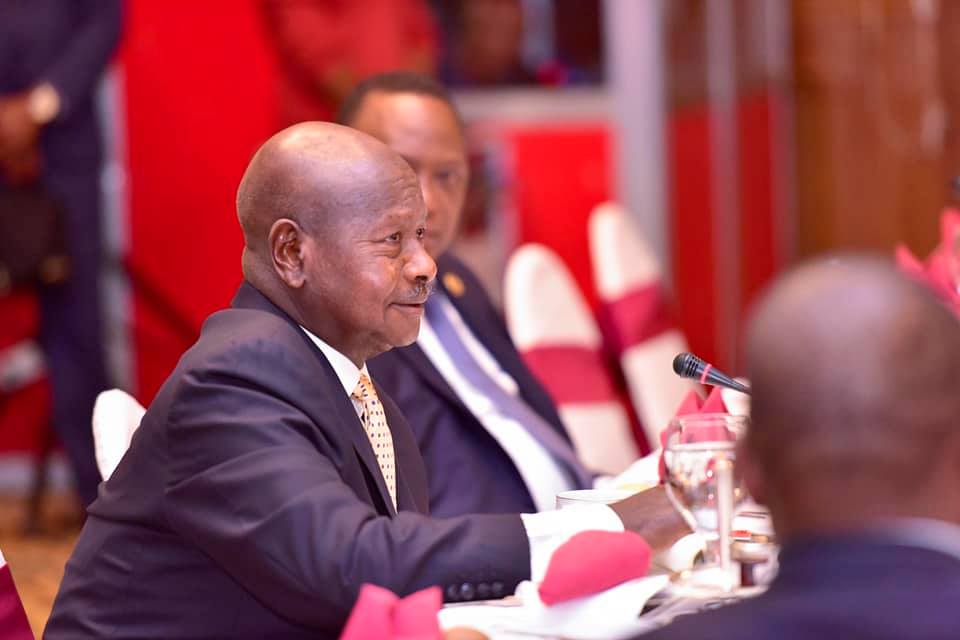 Unless Africa integrates economically and politically, it stands the risk of being overrun by external forces like it happened at colonialism, President Museveni has warned.

Speaking at the 32nd Ordinary Summit of African Union Heads of State in Addis Ababa, Ethiopia, President Museveni said Africa’s future could only be guaranteed if the continent took advantage of its numbers and united.

“There are two issues that are crucial for our future. These are: political and economic integration of Africa. Our view is that African integration means three things: prosperity, security and fraternity,” President Museveni told the audience that periodically cheered as he spoke.

For economic integration, President Museveni said the numbers were critical in providing market for goods and services produced by Africans.

“When companies or families produce products (goods) or services, how many consumers will buy those products?  If a product does not have enough buyers, the business will fail,” he said.

Besides stimulating production, President Museveni noted, an integrated market also enable Africa to negotiate credibly with the other big markets such as the USA, China, India, Russia, European Union, etc.

“It is good that, recently, we agreed on the Continental Free Trade Area (CFTA). Let us implement its provisions. It is the way to prosperity and part of the answer for under-development, poverty and joblessness,” he added.

Making a case for political integration, the President said it was critical especially in addressing the issue of strategic security.

“The Americans are talking of four dimensional superiority:  superiority on land, in the air, at sea and in space,” said, adding: “Recently, President Donald Trump was talking about creating a Space Army. Many African countries do not yet have even a capable Army on land, let alone air, navy or space.  What is the future?”

He observed that even if some African countries became middle-income states, they would still individually struggle to defend themselves in face of aggression by a superpower.

“In the Second World War, the first victims of aggression were the developed but small countries of Europe: Holland, Belgium, Denmark, Poland, etc,” he said.

The President added: “Israel, technologically, is a super-power. However, strategically, Israel would be hard-pressed to survive in the Middle East without the partnership of the United States.  Therefore, in the end, size also matters.”

But rather than have a single political bloc as advocated for by Kwame Nkrumah and later Muammar Gaddafi, President Museveni said he supported the regional federations as advocated for by late Mwalimu Julius Nyerere, because “integration needs more intimacy”.

Egyptian President and newly-elected AU chairperson, Abdel Fattah Al-Sisi, thanked President Museveni for the presentation, saying it had pushed the audience into reflection.

“I thank my brother and colleague, President Museveni for this captivating report, which has caused all of us to think deeper on the issues affecting our continent,” he said before the report was unanimously adopted.