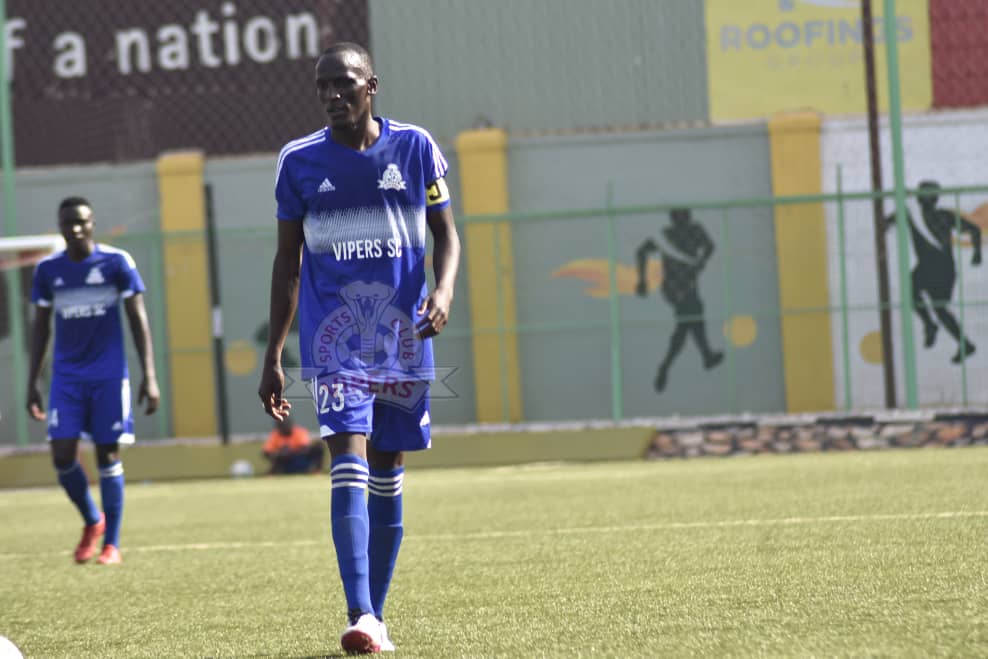 Kayondo, who has been impressing in Vipers U19 since last season, has been called up to take up Yayo Lutimba’s place at left back after the latter’s display in the 1-3 defeat to SC Villa.

Ouma revealed that the youngster has what it takes to play and believes he will live up to the team’s expectations.

“He has been training well with the first team and we feel it’s the right time to give him our trust and play him. Aziz is young but willing to learn so we hope he can grow and do well with his teammates.”

Michael Ouma on the youngster Kayondo

Vipers’ left side was depleted by the departure of Aggrey Madoi. Lutimba remained the only left back Lutimba hence the promotion of the U19 skipper.

Kayondo who was making his first appearance since fracturing his leg three months ago played for 70 minutes before being withdrawn for Yasin Owane.

The youngster is a joy to watch; his work rate, speed, tenacity and well-timed crosses make him one of the finest in the youth league and a future star for the Venoms.

He joins goalkeeper Mutwalib Mugolofa, midfielder Bobos Byaruhanga and defender Gavin Kizito who have been promoted to the senior team from the youth side.