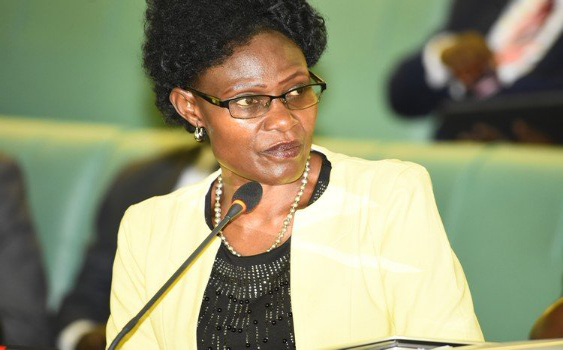 The State Minister for Kampala Capital City Authority, Hon Benny Namugwanya, has announced that government is abandoning the proposal to have the Kampala Lord Mayor voted for by councillors.

Minister Namugwanya’s position is in support of the report by the Committee on Presidential Affairs, which in its recommendations on the contentious Kampala Capital City Authority (Amendment) Bill, rooted for the scrapping of the proposal.

“Government has reconsidered its position on the issue of election of the Lord Mayor by councillors…we are maintaining the position in the current law in the spirit of not disenfranchising the people of Kampala,” said Namugwanya.

The proposal to elect the Lord Mayor from amongst councillors attracted rebuke from opposition lawmakers who saw mischief in the Bill, which many said is intended to politically curtail Lord Mayor, Erias Lukwago.

“I thank the committee for saving the universal adult suffrage… we know that the political head is the one who is elected. I want that to be maintained,” said MP Jonathan Odur (UPC, Erute South).

The proposal had vouched for the KCCA Minister to be the political head of the Authority.

MP Francis Gonahasa (Kabweri County, FDC) said the Bill should be withdrawn, and in its place, a Bill to comprehensively address new cities be brought.

“The Bill is in bad faith; I’m wondering what law we are going to use to run the newly created cities,” said Gonahasa.
MP Muhammad Kivumbi dismissed the Bill as a tool of politics saying the Bill violates Article 178 of the Constitution which requires the establishment of regional tiers and together with Article 5(3) is supposed to distinguish Kampala from the capital city.

“We failed to implement the regional tier and failed to create Mengo Municipality [as envisaged under Article 178]; this entire amendment does not in any way mitigate the challenges in Kampala…It is simple day light politicking,” said Kivumbi.

MP Wilfred Niwagaba, who represented the Leader of the Opposition said both the amendment bill and the parent act are unconstitutional.

“The Bill as is and even the act itself are incurably defective for offending the Constitution,” he said.

The Deputy Speaker, Jacob Oulanyah, said Article 178 cannot be operationalised because the regional tier was proposed having Buganda Kingdom in mind, but they later rejected the proposal.