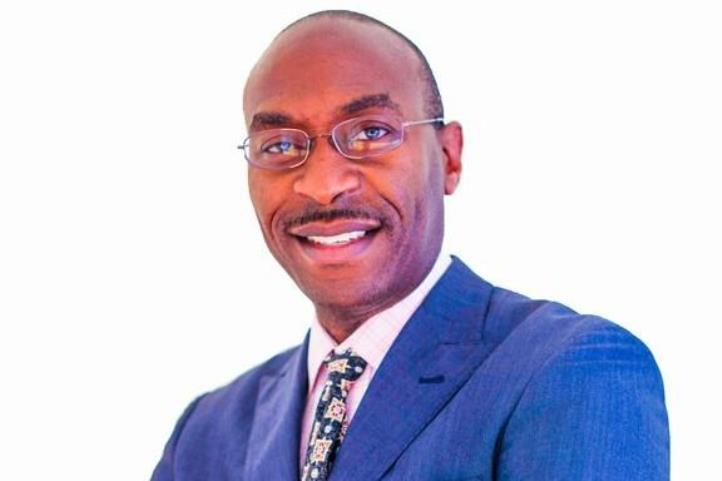 UNAA is an association that unites the Ugandan Community in North America.

While delivering her ruling, the Judge advised UNAA’s Counsel Mr. Galen Hair to file a motion for recovery of costs incurred from the plaintiffs who in addition to Mr. Musoke include Mr. Andrew Lakoich Abe of Houston, Texas; and others.

“It was a dramatic and climactic end to the five year saga that saw Mr. Musoke, who was listed in court documents, as one of the petitioners, a witness, and an attorney for the case, even failing to attend today’s trial,” former UNAA President Brian Kwesiga said in a statement.

Equally unable or unwilling to attend was Mr. Musoke’s locally based attorney on record, Mr. Godfrey Kazibwe Zziwa, Esq.; the proprietor of the Law Office of Godfrey K. Zziwa located in Waltham, Massachusetts.

“Sensing imminent defeat, Mr. Musoke had filed an appeal on Wednesday, July 24th 2019 seeking a delay of Tuesday’s court proceedings. Judge Howe took less than 24 hours to throw out the appeal,” Kwesiga said, adding that in an act of further desperation, Mr. Musoke filed another appeal late on Friday, June 26th 2019 to the Appellate Court in yet another attempt to stop today’s trial.

It would appear that that appeal was filed too late, finally dooming Mr. Musoke’s tireless and persistent efforts to prolong the case beyond reason.

“In delivering her 30 minute verdict, Judge Howe did something rare – she said she was going to speak on the record – perhaps a not-so-subtle message to the Appellate court when it eventually hears Mr. Musoke’s Friday night appeal,” Kwesiga said.

Judge Howe then proceeded to castigate Mr. Musoke for his failure to show up in court on several occasions and for filing motion after motion in a clear attempt to unnecessarily prolong the case – including refiling motions that the court had previously denied throughout the entirety of the case.

The judge said this was an egregious abuse of the court system by Mr. Musoke, who came across as pursuing a relentless and personal vendetta against the respondents named in the case. Not spared either were UNAA’s members, who Mr. Musoke described in documents he submitted to court in July 2019, as being mostly indigent and of undocumented immigration status.

In his statement, Brian Kwesiga stated that Mr. Musoke’s allegations were unfortunate and reckless, coming at a time when the current United States administration is stepping up efforts to deport persons it perceives as being undocumented.

History and details of the case:

In March 2015, Mr. Joseph Musoke of Oakland, California and Mr. Andrew Abe of Houston, Texas sued UNAA and its then Executive Committee members claiming that they were in violation of the UNAA Constitution by refusing to grant them a request for a Special Meeting of UNAA Members. In the 2013 UNAA Dallas elections, Mr. Musoke came in a distant third place in his bid for the UNAA Presidency while Mr. Abe had lost his bid for a seat on the UNAA Council.

UNAA through its lawyer Mr. Galen Hair presented evidence to the court showing that the then UNAA Executive Secretary, Mrs. Aisha Ogwang had on Nov 4th 2014 responded to Mr. Musoke informing him that he did not have the required minimum number of signatories of UNAA members as per articles 3.3.1 and 4.2 of the UNAA Constitution to petition the UNAA Executive Committee to call a Special Meeting.

Mr. Musoke had alleged that the purpose of the Special Meeting was to compel the UNAA Executive to declare that the 2010 UNAA Constitution was invalid because it allegedly did not meet the minimum requirements of the Massachusetts State law. It must be noted that none of the members of the UNAA Executive that Musoke dragged to court had been on the UNAA Board of Directors at the time when the constitution was voted upon by the UNAA Membership. Mr. Musoke himself had ran as a presidential candidate under the very constitution he was now opposing; albeit after losing the UNAA Presidential election. Mr. Musoke further alleged that the UNAA Executive Committee refused to allow him to inspect UNAA’s books as provided for in the UNAA Constitution.

UNAA also presented video evidence showing that the issues Mr. Musoke raised could have been resolved at the Annual General Meeting (AGM) in New Orleans in September 2015. This General assembly, which had quorum, was attended by Mr. Musoke and the video showed that he instead sat silently at the back, even after being called upon to inspect the books by the then UNAA President, Mr. Brian Kwesiga.

UNAA also presented video evidence showing that the issues Mr. Musoke raised could have been resolved at the Annual General Meeting (AGM) in New Orleans in September 2015. This General assembly, which had quorum, was attended by Mr. Musoke and the video showed that he instead sat silently at the back, even after being called upon to inspect the books by the then UNAA President, Mr. Brian Kwesiga.

Mr. Musoke preferred to let the court case drag on for almost five years, costing both sides tens of thousands of dollars, wasting precious time and sending police-sheriffs to storm some of the respondents’ homes to deliver summons. That such an act would instill fear and worry in the young Ugandan families did not deter Mr. Musoke’s stated mission to inflict personal financial pain against the fortunes of the UNAA’s Executive Members. For its part, the UNAA Executive always insisted that Mr. Musoke had a right to sue and that they would tell their side of the story when time for court came.

At the end of the day court refused to grant Musoke’s Request for a Special Meeting. Court also found that none of the respondents had violated the UNAA Constitution as alleged in the lawsuit. Also accepted was the evidence confirming that UNAA’s books – including Federal and State Income Tax Returns and its Annual and Quarterly Financial Reports, had been made publicly available on UNAA’s website.

In her judgment, Judge Howe, noted the communication between members of the UNAA Executive and Mr. Musoke where he acknowledged being asked to inspect UNAA’s contracts in San Diego, New Orleans, and Boston. For example, court was shown messages which showed that at the UNAA convention in Boston, Mr. Musoke chose to walk away from an opportunity to examine the books.