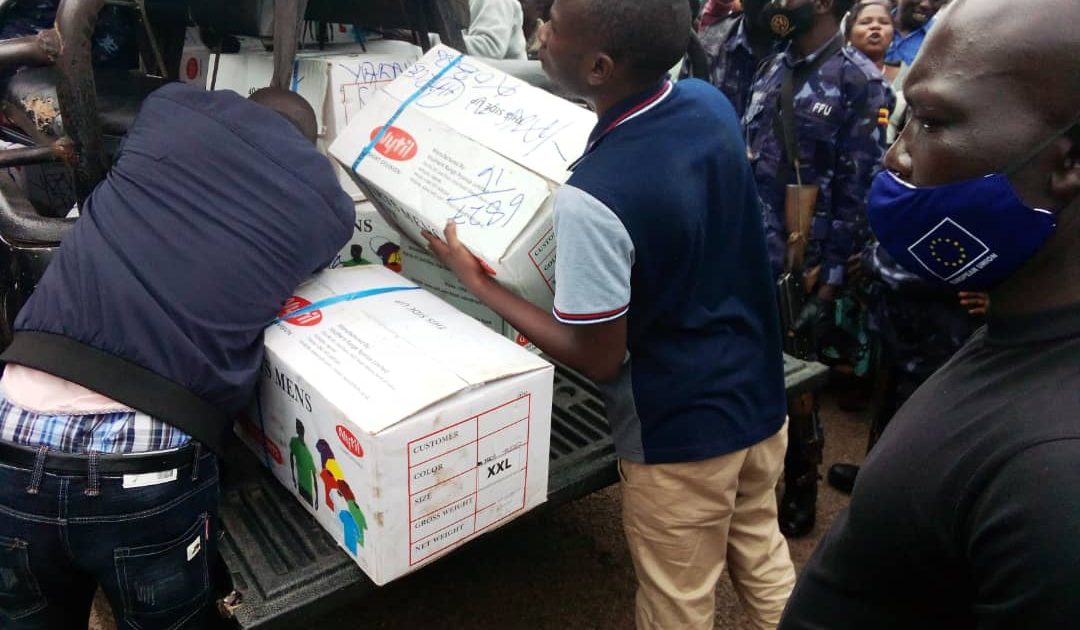 Police in Koboko has recovered campaign materials of the National Resistance Movement (NRM) from offices of the Forum for Democratic Change candidate Yakani Charles.

Among the materials recovered, The Tower Post has learnt included t-shirts, booklets, manifestos and other materials that appeared in boxes.

Anite who is the sitting MP for Koboko Municipality is also the head of of NRM primary losers reconciliation team, a group that brings together people who lost in the party primaries.

But to the surprise of the onlookers, the outspoken minister attempted to stop the Police raid saying she is the one who supplied the equipment to the opposition leader. She further admitted to supporting Yakani despite being an opposition candidate.

During her attempt to commandeer the evidence from the police, she was stopped by NRM supporters led by district Chairperson Lucy Afako and forced to flee.

It remains to be seen what the next step will be seeing as Anite, a strong Museveni confidant has turned her support to the FDC.