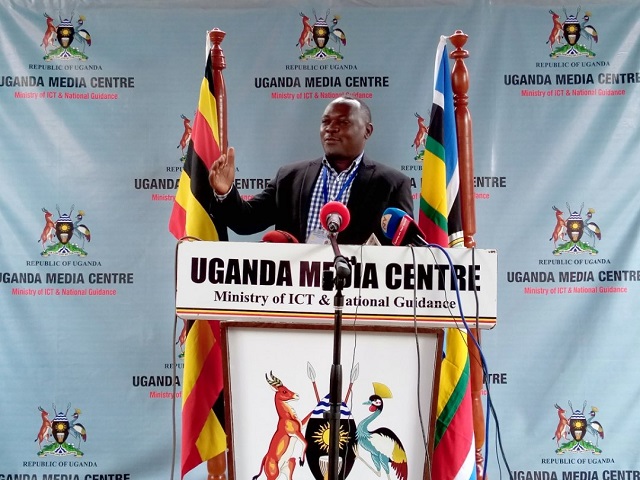 The special investigations Division SID has in custody four people believed to have executed a robbery of €100,000 (about 250million shillings) from a city businessman in Kampala.

CID spokesperson Charles Twine said the four suspects riding on 4 motorcycles targeted Kannankutty Krisnamoham an Indian national and businessman in Kampala who had just checked out of the bank on February 8th on Jinja Road opposite Bank of Africa in Kampala and robbed him.

According to the victim’s statements, the thugs terribly knocked him down, beat him up and fled with his bag that contained all the money he had withdrawn from the bank, and he was picked by the good Samaritans who rushed him to the hospital in critical condition.

On his recovery, Kannankutty Krisnamoham registered the case at the Central Police station-CPS in Kampala, but the case was later handed over to the special investigations Division headquarters in Kireka for further investigations and tracing for the suspects. According to Twine the four were nabbed over the weekend in various areas in Kampala.

One suspect identified as Samuel Ssettimba alias Simple, was arrested in Namungoona, on interrogation, he confessed to have participated in the robbery with 3 of his accomplices. These include, one only identified as Pancho, Julius Mugisha who is a boda-boda rider at William Street, and the fourth person who was not named.

Police’s Preliminary findings have indicated that the same suspects previously escaped from lawful custody on their way to Kitalya prison in June 2020.

By then, according to Twine, they had robbed a Somali businessman of 200 million Shillings at Equatorial Mall in Kampala.  They were arrested by the flying squad and charged in court but on the way being taken to Kitalya prison, they escaped on the escorts and went back to their known business of robbery.

He said various efforts are being undertaken to ensure the suspects who are still at large are traced, apprehended and charged before the Courts of Law.

Police have since cautioned the general public particularly the business fraternity against moving with huge sums of money without protection.

“We sincerely appeal to the general public that if you’re to move with large amounts of money, contact the territorial police to provide protection as our mandate,” Twine added