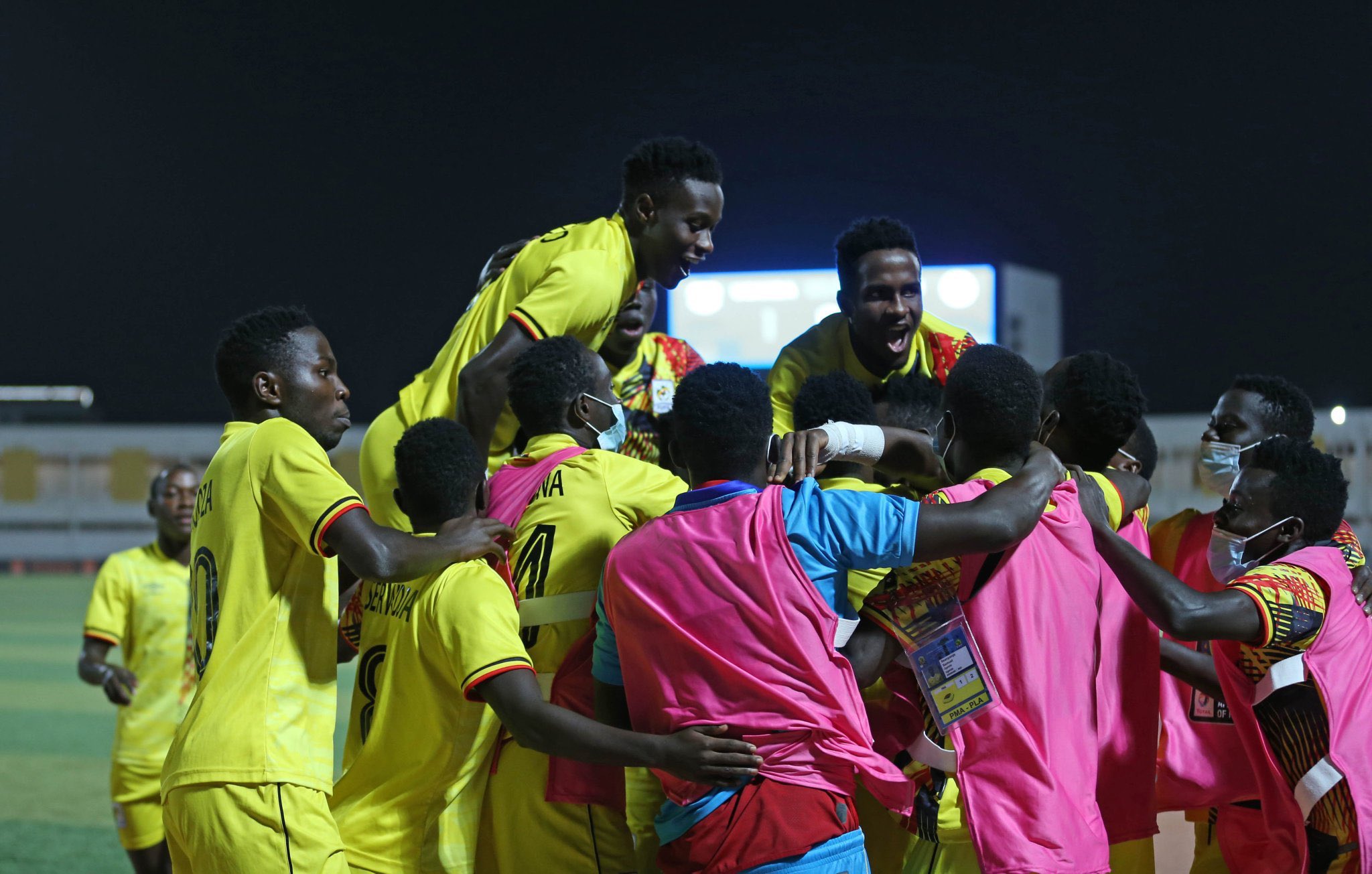 Uganda Under-20 team, the Uganda Hippos are headed for a history making as they head to the Under 20 – Africa Cup of Nations finals.

The Hippos who played their semifinals on Monday thrashed Tunisia 4-1 at Stade Cheikha Ould Boïdiya in Mauritania.

A hattrick from Derrick Kakooza and a single strike from Richard Basangwa sent Hippos to the final match of the tournament where they will face Ghana.

Basangwa opened the scoring after just five minutes with a great finish on the turn. The Vipers SC forward was at the end of Gavin Kizito’s cross, turned his man, and shot a low drive to beat Elias Damergy.

Kakooza later doubled the lead in the 36th minute after feeding off Basangwa’s cross only to tap in.

The Hippos, however, conceded from poor marking in the area barely two minutes later as Ben Lamin blundered in a rebound off Jack Komakech’s save at the near post taking the game to half time at 2:1 score.

Five minutes into the second half, Bobosi Byaruhanga picked out Kakooza with a long ball which he perfectly converted giving Uganda her third goal.

Kakooza completed his hattrick with just fifteen minutes to play sending Uganda into the finals.