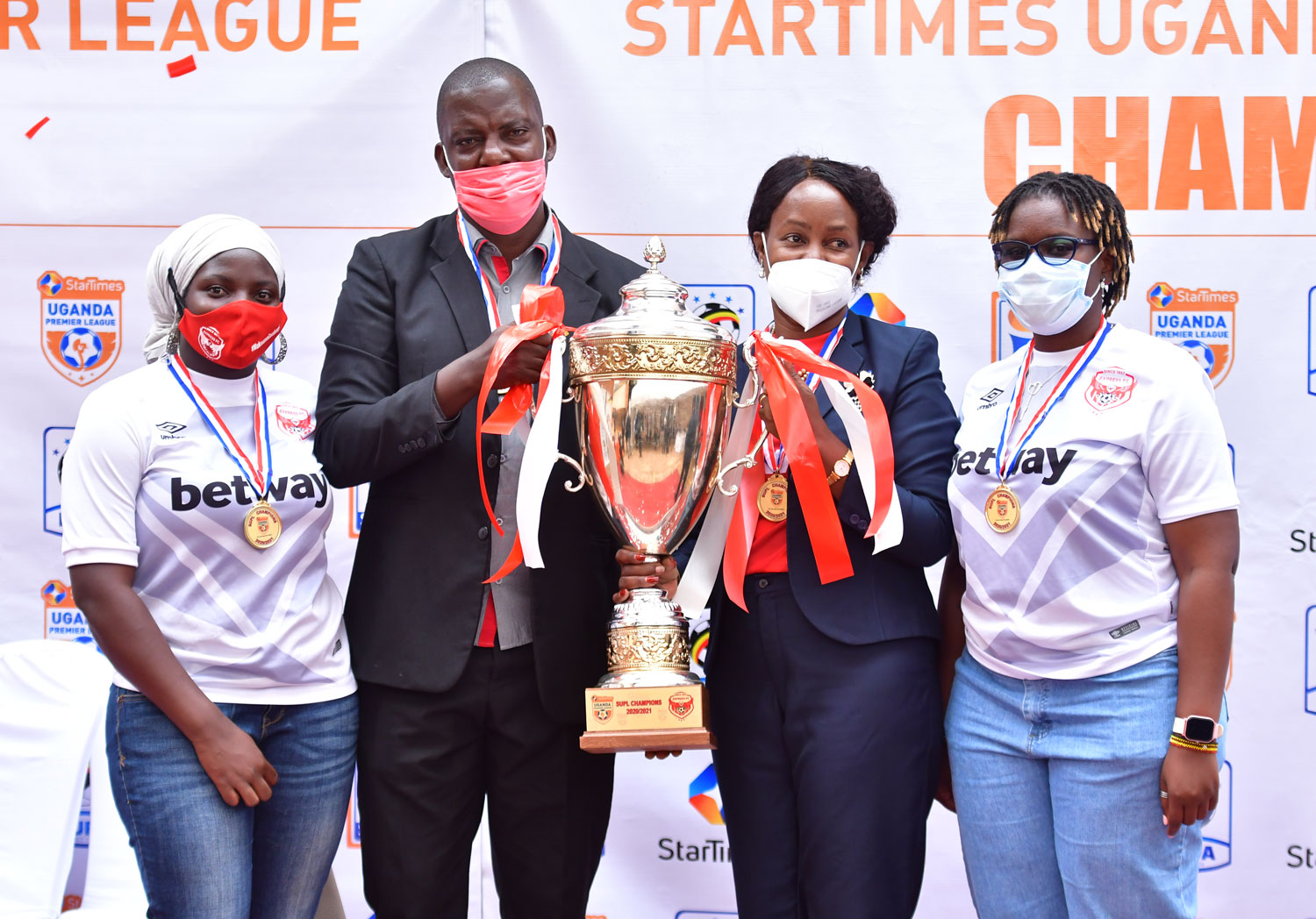 Startimes Uganda Premier League – UPL Champions Express FC have Tuesday been crowned and handed their trophy, bagging it for the seventh time.

The Wankulukuku based side was declared winners of the 2020/21 season on Tuesday June 29th by 75 percent rule of the Competitions Committee Rules due to uncertainty in the games’ schedule due to increased spread of Covid19 which led to another total lockdown.

By the time of the declaration, Express was atop the table with 58 points, one ahead of second placed Uganda Revenue Authority – URA FC.

Former champions Vipers SC lay in the third place with just two points below the winners.

At the crowning ceremony held at Soliz House, Lumumba Avenue in Kampala, Express FC goal keeper Mathias Muwaga was named the goalie of the season and handed the golden glove while Vipers SC’s Yunus Sentamu was the top scorer and golden boot winner.

Express FC’s win will be celebrated by many football fans in the country despite which club they support or belong to.

It is a testimony that despite how low a club falls, they can quickly rearrange, restrategise, get back up and reclaim any lost glory.

In 2018, Express FC almost got relegated from the Uganda top flight league following a terrible performance and disorganization with in the Club’s structures.

They were however lucky to survive following interventions by a committee was made to save Uganda’s oldest club.