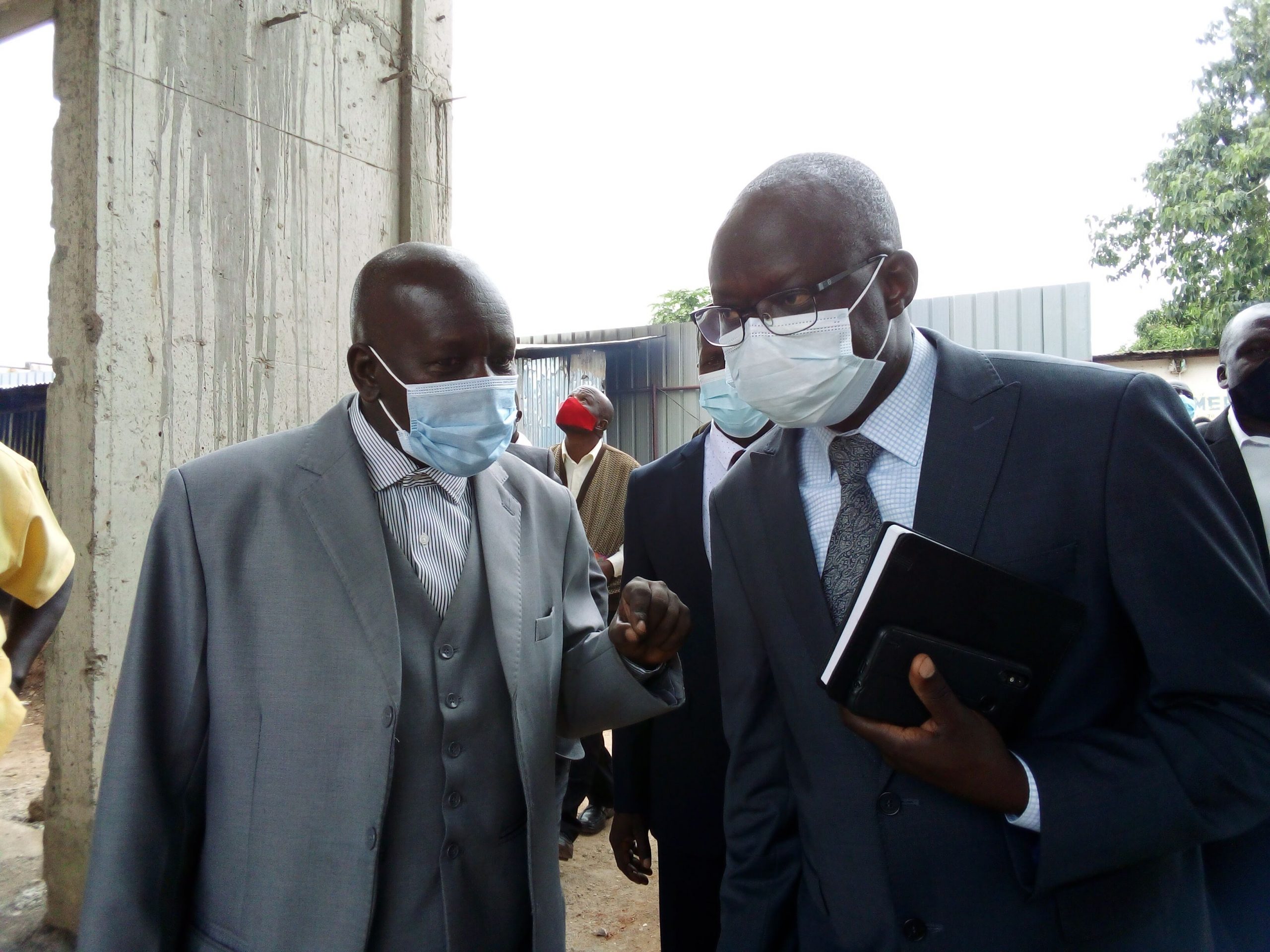 The New Soroti City Town Clerk Ambrose Ochen has broken silence over the theft of over 101 boxes of hand hoes that were stolen by a section of Soroti City officials as he takes over the leadership of Soroti City.

Ochen while receiving the office on Monday evening revealed that he wasn’t pleased by the actions of the officials who decided to take what was meant to benefit the peasantry.

Ochen who spoke at length said that it was not proper for public servants to steal what is meant for the unemployed farmers but rather would have supported the process.

Soroti City on 10th June 2021 received a total of 1157 boxes of hoes from NAADS secretariat.

At least a total of 14 staff were in connection to the disappearance of the over 101 boxes.

Those who were arrested included among others; the police officers deployed to guard the City offices, the Staff in Finance Department with access to the office keys, Records Officer Michael Olum, Office attendant finance Martin Edopa, Office Supervisor Stephen Okwango, Inventory officer Emmanuel Engole, Dr. Isaiah Odokorach a senior veterinary Officer, Planner Andrew Iteba, Auditors Samuel Aremu and Joyce Takan and have since been granted police bond awaiting court to set the date for them to appear.

Ochen who received the office from Moses Otimong who has been transferred to Gulu City as the new Town yesterday vowed to deal with the corrupt officials and noted the affected officers must pay for what they have taken.

“I am not going to look at the people stealing what is meant for the local people and you go that free. I will write to the Permanent Secretary to have you sanctioned or even dismissed,” Said Ochen.

“Stealing happens when there is something to be stolen or a bad man with intentions of stealing, I am just imagining hoes procured for our people and then somebody hatches a plan to change ownership. I think that should be the last thing to be heard in the City A hoe of all things?” Wondered Ochen.

“It’s bad and shouldn’t be accepted in the city. If the hoes were stolen how sure are we with the vehicles and other assets,” he asked.

He now said that whoever is involved must be held accountable.

He also warned staff on time keeping saying has less time to discuss with staff over time keeping.

The Soroti City RCC Robert Adiama also condemned the actions of the staff and said some staff are trying to eat up their offices.

Arrested ADF Commander Kisokorania to be Repatriated to Uganda