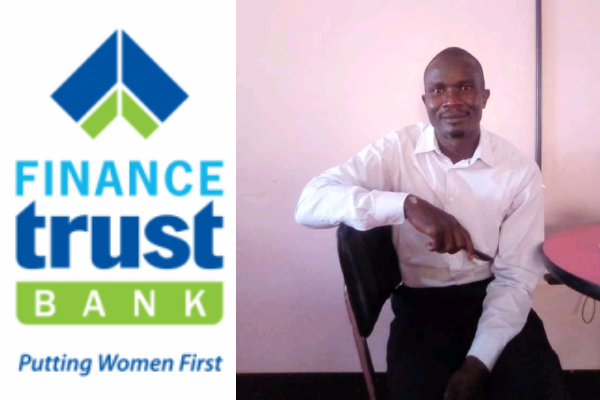 The Soroti Finance Trust Bank officials and the District Commercial Officer are on the spot over alleged connivance with a suspected fraudster to swindle over 55 Million Uganda shillings from three Emyooga Savings Groups.

The officials are on the spotlight to explain circumstances under which one individual managed to manipulate his ways through to steal the group’s savings.

The Finance Ministry initially allocated UGX 140 billion seed capital to support youth and women entrepreneurs under the program, and government has now finalized its allocation to the entire program in the amount of UGX 260 billion.

The program is meant to benefit 18 categories of people including Boda-Bodas, Drivers, Saloon Operators, farmers, artists, Journalists, local leaders among others.

In Soroti, three Groups in Gweri county are in dilemma after a fraudster identified as Moses Okiring Ebaku allegedly connived with bank officials and the District Commercial Officer to steal money totaling to over shillings 55 Million Shillings.

James Peter Omiat the Chairperson Gweri county Women Entrepreneurs SACCO narrates that the group made the first withdraw of shillings 12.3 million without any problem and on 12th/July. When they went back to make another transaction they we’re shocked when the bank told them that they had withdrawn an extra shs.7.4 million.

He adds the bank’s response prompted them to ask for the bank statement and video footage to ascertain the persons that withdraw the money on that date.

According to Omiat, after reviewing the footage, the bank admitted the mess and refunded back the 7.4 million shillings to the SACCO account.

He further notes that the suspect also parted away with shillings 4.1million that the group entrusted him to deposit to the savings account.

The suspect has on several occasions purported to be well versed with the bank procedures and at one point participated in training the groups together with the bank officials.

The suspect Okiring is not a signatory to Gweri county Women Entrepreneurs SACCO nor a member, According to Omiat.

Lazarus Engeu the chairperson Boda-Boda Operators SACCO says the group members are holding them for the loss of shillings 17.5 million which was withdrawn on 4th/July.

Engeu reveals that the suspect before allegedly conniving with the bank and the Soroti District Commercial Officer – DCO duped all group members of the Boda Boda Association to each make 10 copies of their National Identity Cards and sign.

Swaibu Yoweri the Treasurer of the Boda Boda SACCO also intimates that, it was on the 04th/July/2021 when he got information through an sms alert that the money had been withdrawn from the account without his signature.

On the 04th/July/2021 while at Finance Trust Bank Okiring together with the staff at Finance Trust connived to withdraw money in the bank account belonging to Gweri County Women Entrepreneurs SACCO worthy 7,400,000/= using a forged scanned copy of the recommendation letter from Soroti District Commercial Officer which the bank failed to detect.

The Suspected fraudster who is also the Secretary of Gweri Boda Boda Association with authorization of the Bank also withdrew money worth 17.5 Million from the bank after he falsely forged a signature of the Treasurer.

The Emyooga policy states that before any group accesses money from the bank, there must be a recommendation letter from the district Commercial Officer (DCO) which letter is presented to the bank to enable cash withdrawal.

Joy Christine Apolot the Soroti Acting DCO when reached for a comment to ascertain whether she authorized a letter to the effect instead referred us to the Resident District Commissioner Soroti whom she claims is an official Spokesperson for Emyooga Program.

The evidence seen also indicates that the suspect withrew total of shillings 28 Million from Gweri Taxi Operators Savings and Credit Cooperative Society after the bank was duped to believe that the group had agreed to change of signatories to the Bank Account.

The Soroti District Resident Commissioner Patrick Okumu said, it is too sad that there was loss and stealing of Emyooga money under unclear circumstances.

But how did this happen at the bank?

Isaac Isanga the Finance Trust Manager Soroti Branch when reached at his office for a comment in prior engagement before referring us to the Public Relations Officer of the Bank admitted the mess of 7.4 million shillings and revealed that the Bank deposited back 7.4 Million Shillings to Gweri Women Entrepreneurs SACCO account.

The manager also alleged that the suspected fraudster allegedly obtained a recommendation letter from the Commercial officer which they based on to disburse the funds to various Emyooga Groups.

But Francis Elwoku whom we were referred to said he was not authorised to comment until he gets a go-ahead from his superior.

He also promised to forward a contact of his boss whom would speak on the position of the bank but by Press Time he had not yet responded.

At least three General Inquiry Files (GIF) Criminal Investigations have been opened in Soroti Central Police into the suspected loss of Emyooga Funds in the Bank.

Last week the Deputy Speaker of Parliament Annet Anita Among suspended the House sittings for 7 days starting Monday this week to allow legislators to investigate the implementation of the Emyooga progamme, an initiative to eradicate poverty in the country.

Tom Julius Ekudo the Member of Parliament for Gweri County vows to take an action against Okiring whom he has termed as Anti-development noting that government can’t inject to help the vulnerable and few individuals mess with the program.

During the course of this investigation, The Tower Post journalists have received intimidating and life threatening calls directing them to back off from pursuing the story.

Although the source of the calls hasn’t been ascertained yet, the belief is that the perpetrators of the fraud never wanted the story to come into public eye.