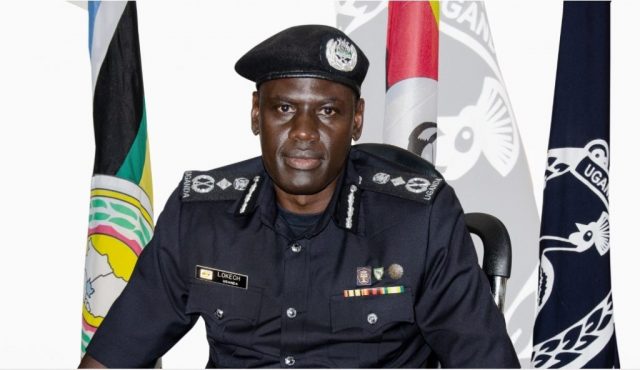 The death of the Deputy Inspector General of Police Maj Gen Paul Lokech was caused by a blood clot, a postmortem report indicates.  Lokech died on Saturday morning at his home in Buwate, Kira Municipality in Wakiso District.

According to the police, the post-mortem was conducted by a team of four pathologists who included Dr Moses Byaruhanga from police, Brig Gen. Dr Steven Kusasira, the UPDF Director Medical Service and Dr Ben Kiyingi the deceased’s doctor.

Speaking to Journalists on Sunday at Police headquarters Naguru Fred Enanga, the Police Spokesperson said the team established that the deceased had a fracture of the right ankle joint which he sustained last month. He adds that the fracture was being managed by doctors at Lubi Medical Centre.

According to Enanga, the doctors advised him to continue going for regular check-ups since it was a simple fracture. He adds that the deceased’s condition deteriorated with breathing difficulties on Saturday morning as he prepared to go for a medical check-up.

“As he was organizing himself in the bathroom, he started facing breathing difficulties and the family called the family doctor, by the time Dr Kiyingi reached home, the deceased was found breathing his last and died in his presence,” Enanga noted.

Enaga said that during the autopsy, the pathologists opened the right lower leg which got injured and found a very big blood clot that had formed in one of the big blood vessels. The report also states that another blood clot was found in the lungs.

There will be prayers and viewing of the body on Wednesday at his home in Kitikifumba in Kira Division.