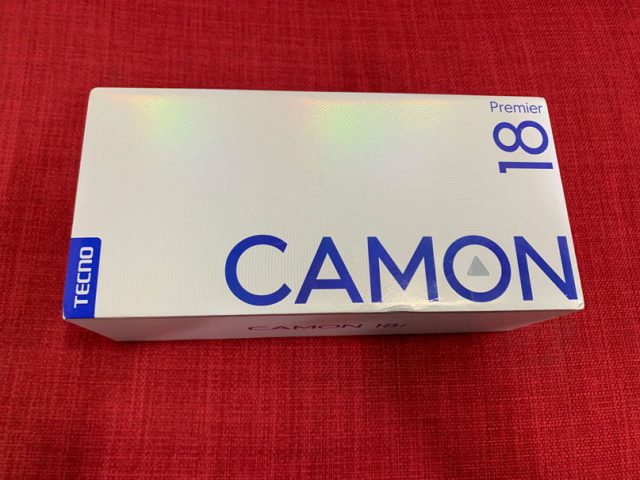 Earlier this month, TECNO mobile Uganda launched their new flagship device in the Camon series, the TECNO Camon 18 Premier on the Ugandan market.

The device which promises more in terms of user experience was launched in partnership with telecommunications company MTN Uganda which according to officials will give free 3GB data to the users for three months.

The device further promises an Ultra-steady Gimbal Camera, a Smart “Shaking” Lens to Cancel External Shaking Motions, a better processor and an improved software of the latest HiOs 8.0.

I acquired a review piece which I will be using for the next two weeks to understand how the device performs, explore what makes it tick and which flaws it has that could be improved.

But before that, I performed a quick unboxing to understand what should be expected in the box that houses the phone.

It has a glass rear that’s resistant to scratches and does a good job in hiding finger prints. But, I would advise that you protect the phone in the TPU case for extra safety.

The phone has a plastic frame and a glass front. For protection it has a dragon trail glass which is a protective glass that is strong and scratch resistant.

For external features, at the bottom, the TECNO Camon 18 Premier has a 3.5mm audio jack, a microphone (it has a second microphine located at the top), a USB type C port and a Mono speaker that is very loud but unfortunately lacks bass.

On the left side, it has a dual nano sim card and memory card tray. On the right side, you will find the volume rocker and the power button. The power button is a bit flush with the frame and acts as the finger print scanner at the same time.

Unlocking the Tecno Camon 18 with a fingerprint scanner is satisfyingly fast. Face unlock is also supported on this device and it works pretty well in the dark.

Moving to the rear side, the Tecno Camon 18 Premier comes with three cameras; a 64MP main shooter, a 12MP stabilized gimbal camera that is also the ultra wide camera and an 8MP periscope telephoto camera. It also has an LED flash light.

Switching the phone around, it has a 32MP front facing camera with a dual led flashlight.

For the display, the TECNO Camon 18 Premier has a 6.7inch AMOLED display with 120Hz refresh rate. It has a bright display and it’s easily usable outdoors.

In two week’s time, I will be sharing my findings from the device’s review.

iTel Mobile Set to Launch the A58 Series on Ugandan Market