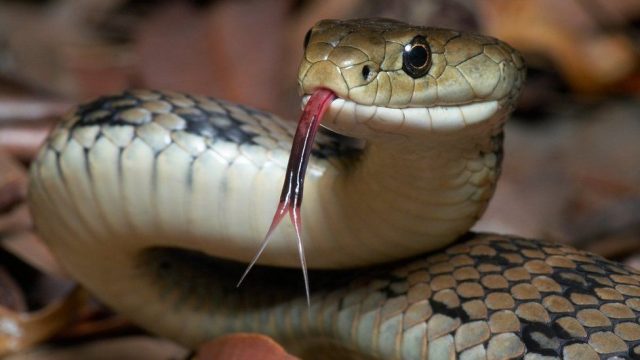 The research came out with findings conducted in six districts of Arua, Gulu, Kamuli, Kasese, Nakapiripirit, and Mubende.

This practice according to Dr. John Ddamulira, a researcher and lecturer at the school was found to be commonest among respondents in Kasese and Nakapiripirit districts where communities believe that drinking urine helps dilute the poison introduced by the snake.

Dr. Ddamulira who was speaking at a press conference on the International Snakebite Awareness Day on Monday told journalists that this is not the only harmful practice that people are using instead of seeking appropriate care from hospitals.

He says in Nakapiripirit for instance, among the other options people use is tying a certain type of bean seed on the wound with false belief that this sucks out the venom.

Experts worry that such practices only delay victims from seeking proper care in a timely manner as so far, the only recommended standard treatment globally is use of anti-venom which is accessed at a health facility. In the study which was conducted in 2021, researchers say they found only a few Ugandans to be reporting snake bites to health facilities even as they estimate 101 people in every 100,000 Ugandans to suffer snakebite injuries.

Officials at Uganda WildLife Conservation Education Center (UWEC) say this figure will likely grow bigger as they are recently rescuing more snakes in the urban areas which were previously found deep in the forests.

On average each week, Richard Otiti, a Conservation Education Officer at UWEC says they receive not less than ten calls to rescue snakes in the Kampala metropolitan area.

Fewer alerts come in from the rural areas where most snake bites are expected to be happening and worse these places have the least access to antivenoms.

Dr. Suzan Kizito, an epidemiologist at Makerere University says that in the survey, they found antivenoms to be only available at the regional referral hospitals and yet even there, the stocks were very limited.

She says the antivenoms available in the country are mostly made in India and South Africa which were made basing on the type of snakes existing there and are not very effective on bites by Ugandan snakes.

With this challenge, Otiti says UWEC and Uganda WildLife Authority had started an initiative to milk snakes with hope that individuals or agencies would pick interest in making Uganda’s home grown anti-venoms. But they have since failed to get any partnerships for this innovation.

Now, UWEC is urging scientists to interest themselves in studying effective herbs that have properties which can help in treating snake bites.

However, figures indicate that less than 20% of snakes in Uganda are actually venomous and most of the snake bites are dry and therefore don’t require any form of treatment. The challenge is only that it is hard for a lay man to tell what type of snake actually bite them.