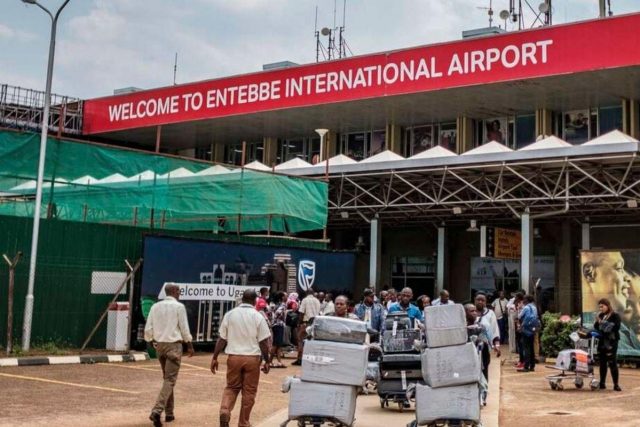 The Ministers for Works and Internal Affairs have been directed to present a joint statement to the House on allegations of extortion at Entebbe International Airport.

The directive by Deputy Speaker, Thomas Tayebwa was made during the House sitting on Wednesday, 24 January 2022.

“The Minister for Works and Transport will take the lead since he supervises Civil Aviation Authority, and the Minister for Internal Affairs will address the cases to do with immigration officers,” he said.

The Deputy Speaker alluded to stories and videos in the media showing Ugandans being barred from entering and exiting the country.
“Some people have denied the chance to travel for opportunities which they strived to get because someone wants something small to put in their pocket,” Tayebwa noted.

“I also saw a shocking story in the Daily Monitor of a certain national who was allowed to exit the country yet he is on a blacklist. I am happy Civil Aviation Authority has admitted to most of these,” he added.

Tayebwa observed that more punitive action ought to be taken against public officers who are accused of extortion.
“In the reports which we are seeing in the media, they are saying these officers have been dismissed, but these are criminals! You dismiss today and they go and get a job in another place and continue with that habit,” he noted.

The Deputy Speaker observed that it is prudent to ensure that persons manning immigration points have security experience.
“In other countries, the people manning immigration centres are usually from the Police. But when you pick individuals who do not know that charging someone US$5000 to enter the country and they bomb a school, church or public place, you end up losing much more!” Tayebwa said.