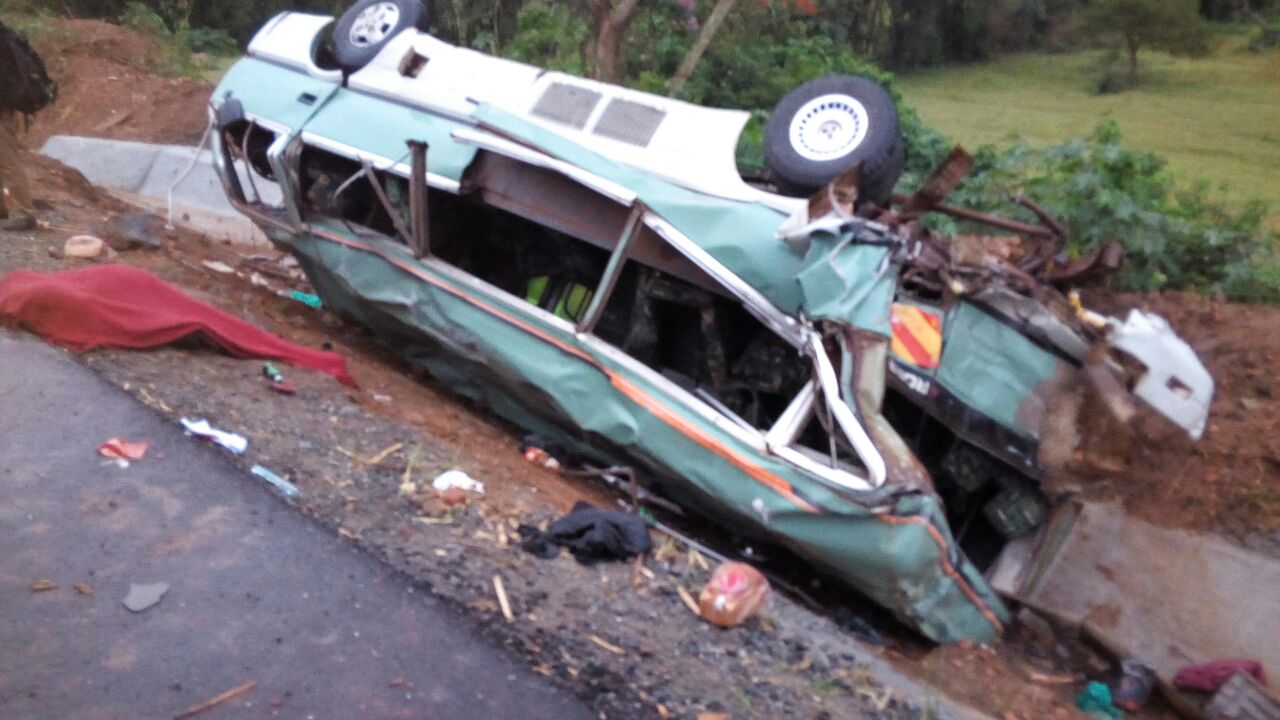 The accident happened at Rwenkureijjo in Buyanja Sub County as the students returned from  Kebisoni  Sub County where they had been declared winners of this year’s copa cocla ladies football.

Speaking to The Tower Post, Kigezi Region Police spokesman Elly Matte confirmed the accident but did not divulge more information saying that he is yet to get details.

Reports have indicated that some of the girls had fractured limbs while 3 of them were seriously injured.