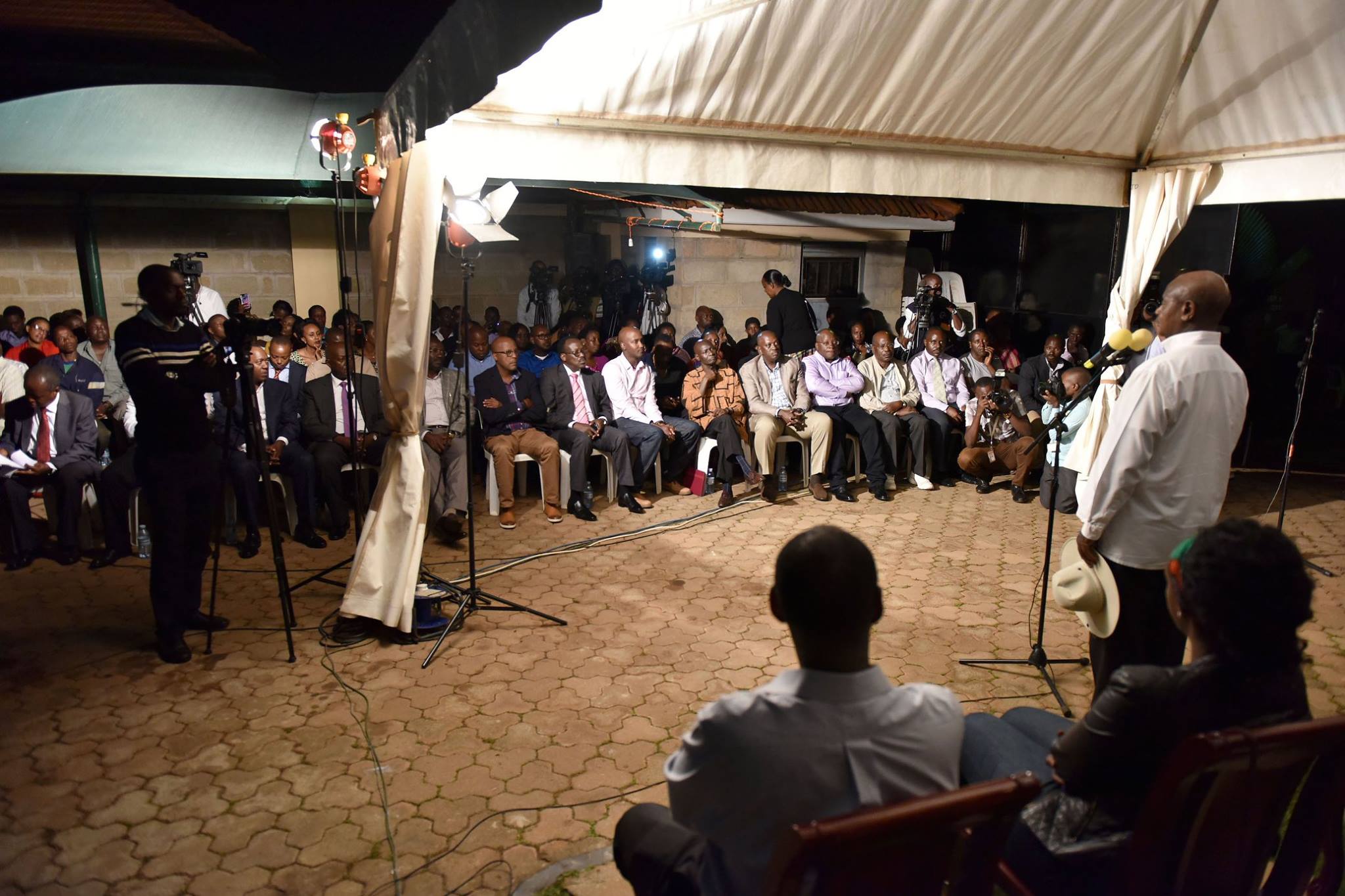 Uganda’s President, Yoweri Kaguta Museveni, on Thursday joined mourners and family members of the late Boniface Byanyima, a historical who died earlier in the week.

In one of the interviews published by a local daily, Byanyima is quoted as having said he had not forgiven Museveni for alleged political straying and betrayal.

But Museveni has directed that Byanyima, father to Oxfam executive director Winnie Byanyima, and father-in-law to Museveni’s fiercest opponent Dr Kizza Besigye, be accorded to a state funeral.

Museveni praised Byanyima for his “exceptional works in Ankole”, adding that he was “one of the ‘batembuzi or pioneers in Nkore of a number of key issues”.

The president praised Byanyima for his efforts in promoting education in Nkore.

He also said Byanyima was “one of the first three revolutionary farmers in Nkore”.

Museveni also told mourners that he had too much respect for Byanyima’s consistence and for sticking “to the beliefs he held dear”.

“Therefore it is an honour for me to pay my respects to Mzee Byanyima for a full life both in age and accomplishments. May his soul rest in peace,” Museveni said.

Byanyima will be laid to rest at Ruti Mbarara on Sunday.