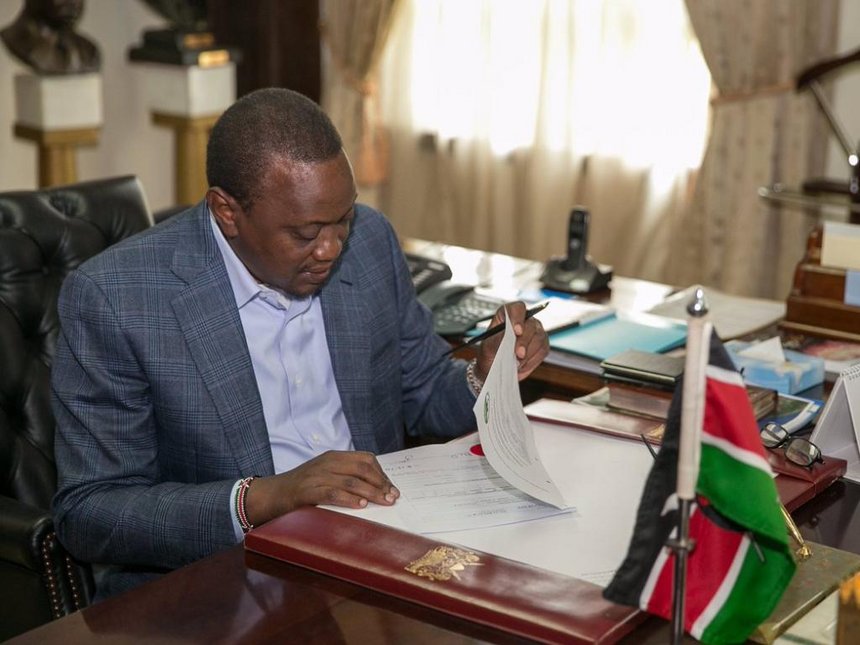 President Uhuru Kenyatta received Election Laws (Amendment) Bill, 2017 on Friday and has 14 days to sign it into law.

Parliament has done its duty and passed the legislation, the President told a meeting of people living with disabilities at State House in Nairobi.

“I can confirm that I have received it. It is my duty to consider it and then sign it.”

They noted it would be in Kenyan’s interest for the Jubilee Party President to take his time to “apply his mind”.

“As the CEO of the Republic of Kenya, he has to consider what the Bill says and the general interest of the Kenyan people,”said Duale.

“As Parliament we have done our job and as Jubilee we want him to append his signature without delay. The ball is now in the President’s court.”

The election laws changes were ordered by the Supreme Court, which identified a lacuna it said needed to be filled, when it annulled the August elections on technical grounds.

Earlier this week, the President and DP voiced strong support for the amendments, saying every gap identified by the court needed to be filled to provide clarity for the election.

On October 10, Uhuru said he will not hesitate to sign the Bill into law. He defended it saying its contents echo matters raised by the Opposition so it is surprising its leaders are against it.

“I have no problem with that law and if Parliament passes the bill, I will sign it,” he told Kaloleni residents. “I don’t have any problem with it because in it are the contentious issues the Opposition raised.”

Earlier today, the President signed into law the supplementary budget Bill that made significant provisions for the fresh October 26 election and free secondary education which will be rolled out in January 2018.