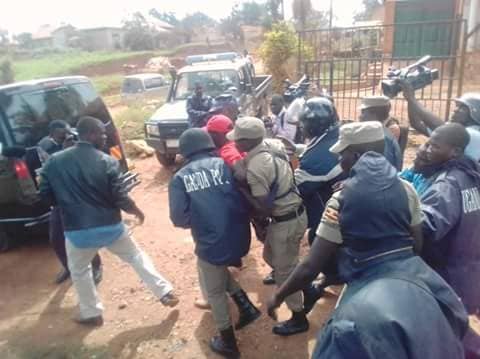 Police has this morning arrested opposition stalwart Kizza Besigye at his home in Kasangati.

Bobi Wine was last week charged with unlawful possession of military arms and ammunition and remanded to Makindye military barracks.

Appearing for mention of his case, Court Martial chairman said the charges had been dropped although the state asked that he be handed over to the Police to answer for treason charges together with his colleagues including Kassiano Wadri, Gerald Karuhanga among others.

Prior to today’s court sitting, Besigye, AMP Allan Ssewanyana, Lord Mayor Erias Lukwago and other strong opposition figures were confined inside their homes in a move that was believed as stopping them from travelling to Gulu.

But in the latest development, Police has arrested Besigye who tried to move out of his home which was under heavy guard.

We have the photos 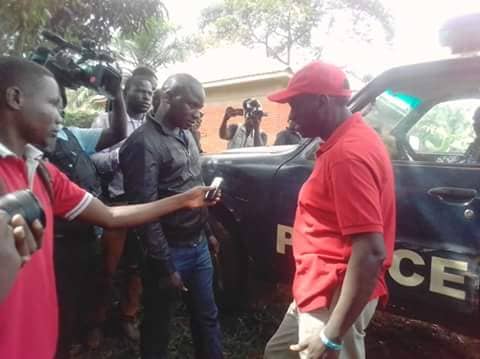 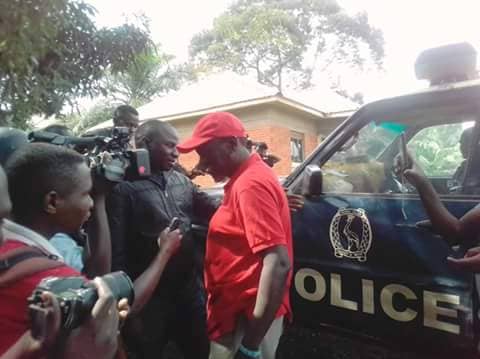 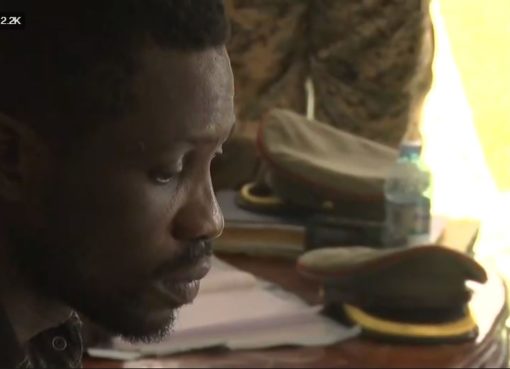 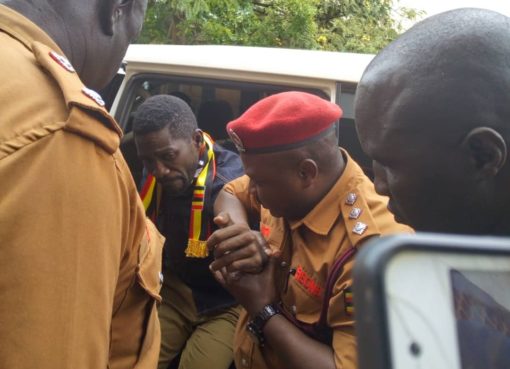 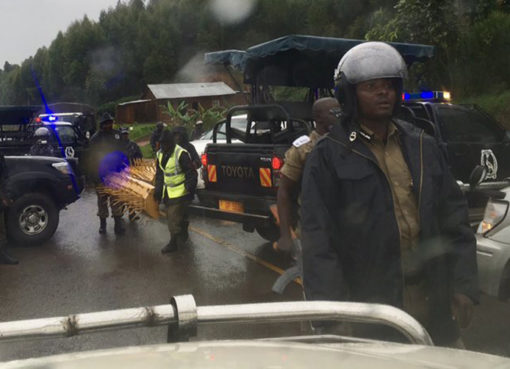