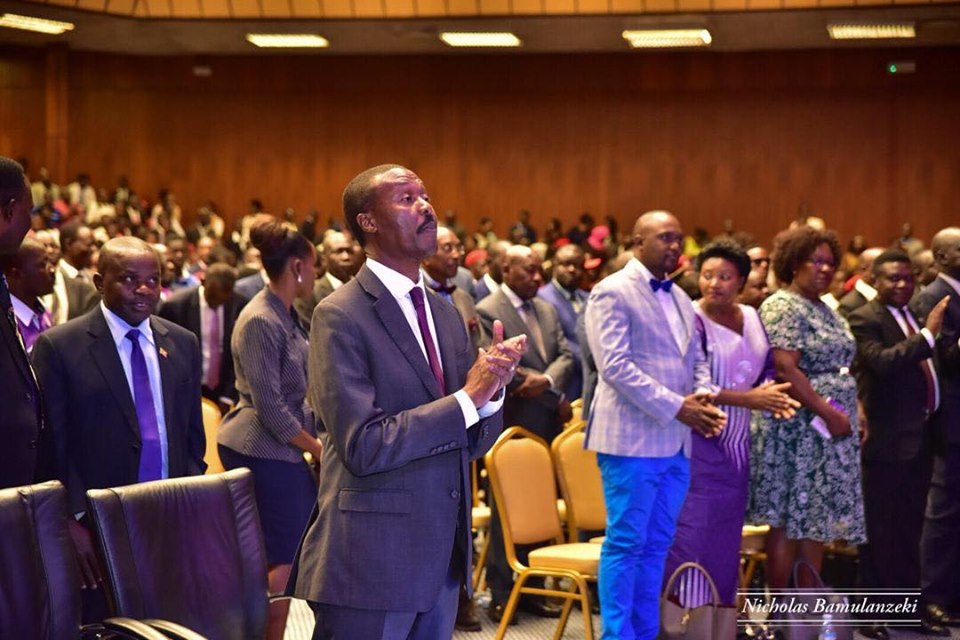 Maj Gen (rtd) Mugisha Muntu on Wednesday (May 22, 2019) launched his new Alliance for National Transformation (ANT) Party at a colourful function that was held at the Kampala Serena Hotel.

In his speech, Mugisha Muntu pledged to work with sister opposition political parties.

“This journey we’ve been walking, tough as it has been, we have closely related with the leaders, having discussions with them all the time. As the Alliance, if any of these leaders invite us for any discussion, we will be there at any point of day or night because we are involved in a common struggle. We may have different at times ideologies or methods, never the less, we have a common purpose which we all subscribe to,” he said.

“As ANT, even today as we launch the new Party, we look forward to working with you (opposition leaders) very closely on whatever is necessary for us to combine efforts and be able to hasten the exit of this regime and put this country back on track, any place you invite us, we will be there,” he added.

Mugisha Muntu was been unveiled as ANT’s National Coordinator. He will be leading the party to the National Delegates Conference. Muntu will be deputized by  Nyanja Musoke, who will be National Deputy Coordinator-Operations.

Former FDC Vice President Eastern Region Alice Alaso was unveiled as coordinator-Finance and Administration and  Martin Okumu will be Coordinator for Research and Policy.

The party appointed Wilberforce Seryazi as the Party Spokesperson and Sulaiman Kakaire will be his deputy.

Christine Abia will be National Treasurer with Ismail Badoge as her deputy.

Barbra Allimadi will be the party’s coordinator for International Diaspora Affairs while Florence Ibi Ekwau will be Coordinator for Parliament Group.